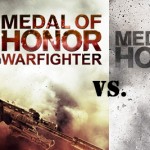 There's only one Medal to give out, who get's the Honor? END_OF_DOCUMENT_TOKEN_TO_BE_REPLACED

I’ve been a die hard Call of Duty fan for the last several years.  I’ve heard the rumblings that Battlefield was a superior game however I’ve always viewed it as more of a PC game.  In 2011,  Battlefield 3 was released shortly before the annual CoD game.  Many gamers decided that they had to have both,  while some chose one or the other.  Looking at sales,  I was in the majority and chose just one title and that was CoD. Fast forward to Spring of 2012,  Battlefield 3 was on sale and I decided to pull the trigger and see what the fuss is about.  The first thing I noticed was the stunning graphics.  Visually the game is top notch.  DICE did a great job getting the most out of the Frostbite 2 engine.  The lights and darks really stand ... END_OF_DOCUMENT_TOKEN_TO_BE_REPLACED 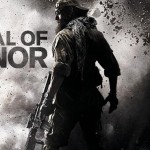 Medal of Honor is one of the most famous and successful video game franchises of all time.  When you think of MoH,  you think World War 2.  For the 13th edition in the long running series,  you experience for the first time a non WW2 setting.  Simply titled Medal of Honor,  this title is a reboot and takes place during the War in Afghanistan. MoH was released in October 2010 by Danger Close who are affiliated with Electronics Arts and DICE who are famous for Battlefield.  The title is the first in the series to feature a Mature rating.  I originally passed on the game as I was too focused on Call of Duty at the time.  After picking the title up for $20,  I was pleasantly surprised. The single player campaign mode takes place in 2002 in Afghanistan.  You ... END_OF_DOCUMENT_TOKEN_TO_BE_REPLACED