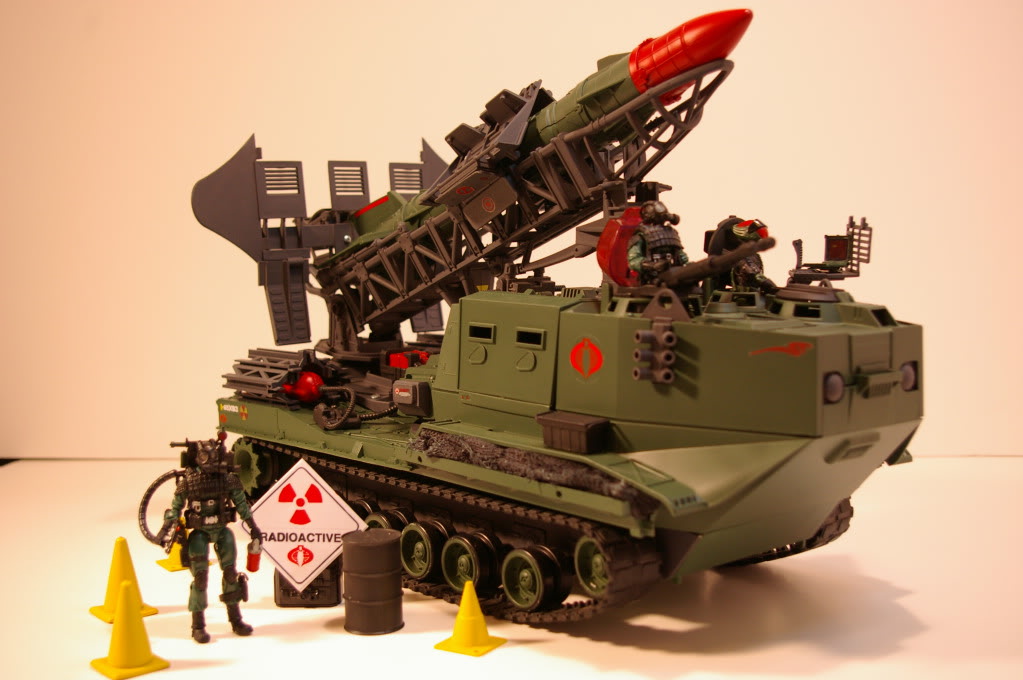 Our news man A.V.A.C. has been in the lab and come up with an amazing custom! This is more of a play set than a vehicle.   And who better to run a nuclear juggernaut than “the Gammas” .  I’m sure anyone on the other end of this would not only be evaporated but there is a good possibility that new borders would have to be drawn. Here are some of the features: This makes the Rise of Cobra PITT look like a Flight Pod. Take a minute and check it out.