The sculpt is a mishmash of ninja parts. Renegades/30th Storm Shadow torso and upper legs, POC Tornado-Kick Snake Eyes arms and lower legs, and Resolute Storm Shadow head. I can see that they were going for the same sort of aesthetic as the original Kamakura, but the parts choices don’t quite work out together as well as they had intended. Granted, there’s good detail on everything. You’ve got overlapping plates of armor and creases and folds of cloth coming together, but the individual parts just aren’t meant for this as much as Hasbro hoped. 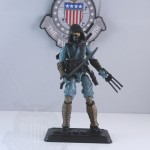 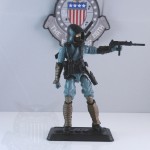 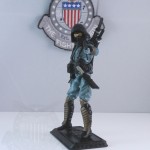 Articulation-wise, it’s not bad. There’s a lot of movement, though it’s pretty basic when comparing him to the newer ninjas. Add to that the fact that as stated above, the parts don’t quite work together, and it makes for a whole lot of fiddling to make sure the poses look natural.

Head, shoulders, elbows, swivel-wrists, torso, hips, double-knees, and ankles. It’s enough for basic figures, but not enough in my opinion, for newer lines. 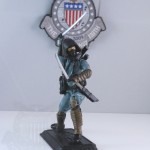