The sculpt is interesting enough, I suppose. It’s like they tried to combine an armored look with the standardized uniform they introduced with the Shock Trooper/Cobra Trooper/Viper/etc. It’s not horrible by any means, but it’s far from good. They could have done like they did with the Red Ninja and utilized the same sculpts with minor alterations to achieve the effect, without sculpting an entirely new figure that really isn’t worth the slot. It’s got a nice headsculpt, though, and should be usable for other figures. 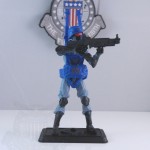 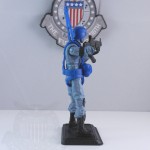 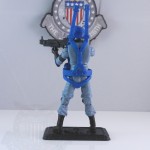 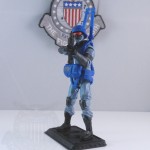 The articulation is lacking. It’s got most of the standard stuff, but like all the problem children of the Retaliation line, there’s single knees and no ankles. These are really serious issues that thankfully, it seems Hasbro has decided to address and fix for the “Ultimates” Wave 3 and onward. 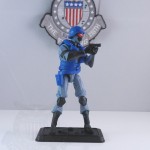 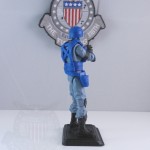 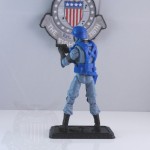 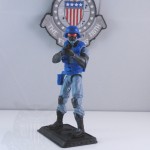