Murph and the Protectors by Rick

Rick did it again. He somehow manages to use parts from just about any military action figure line he can get his hands on to make a bad ass custom. This SEAL team is no different. He used parts from BBI, 21st Century, Hasbro, and his versatility with Hockey Tape.

Rick has recently been doing some greener camo customs instead of the desert theme he did for a while. The outcome is no different when it comes to the paint applications. Clean, Crisp, and dead on. These guys were painted gritty, dirty, and in need of shaves. Outstanding paint all around.

These guys are well equipped as all customs by Rick are. I cannot say it enough at how well Rick makes Hockey tape work. The man can do anything with it. Take a look at the packs, just about all have something hand made from Hockey tape on them. Bravo!

If you would like to comment on these customs you can join the talk here in Rick‘s original thread. Now for the pics to back up the praise. 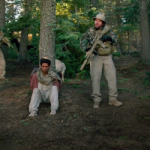 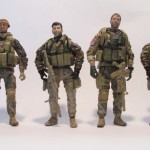 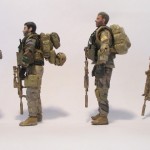 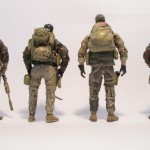 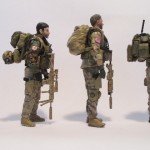 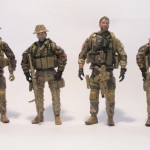 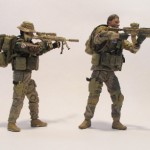 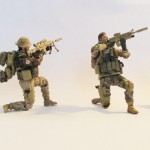 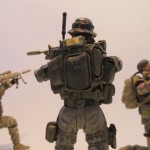 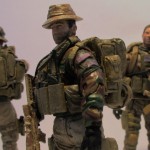 And some pictures in one of Rick’s own custom made environments. 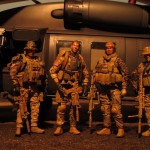 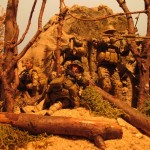 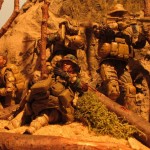 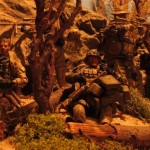 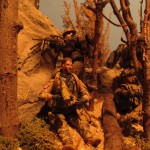 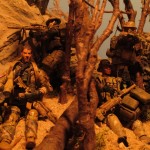 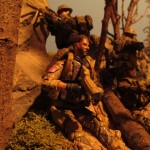 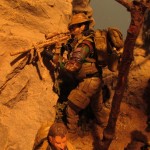 I would like to thank Rick for sharing his great work once again. I would also like to thank the readers. Eye will see you later.