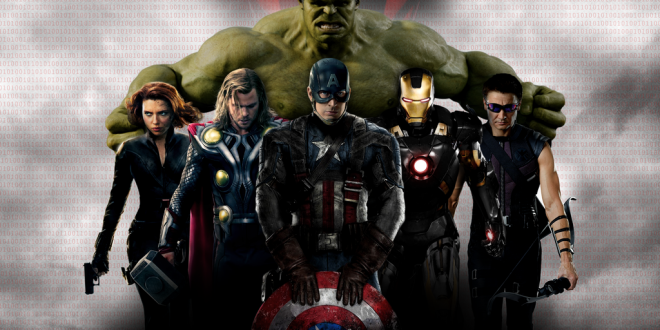 Hello there.  I’m Dre.  This is the first of what I hope is many articles I write here.  I’m not one for introductions, so let’s get in to this.

I don’t know if you heard, but there was a new Avengers Age of Ultron (to be referred to as Avengers 2 from now on…that’s a lot of typing).  Oh, you did?  Well good…you may go.  Wait, don’t go. I’m gonna talk about it here for a bit. Kinda break it down as to what we see, and what it all might mean.

It opens to a familiar scene of destruction, with Hawkeye ushering people away from it all.  After that we see Captain America’s helmet being picked up, by the man himself…it’s a bit damaged though.  We move on to a couple of shots of Hawkeye in a snowy forest with a battle going on around him.  We saw a couple of shots of this in the first trailer.  It was thought this was maybe a battle the Avengers team is fighting…but my thought is it’s a vision (not THE Vision) of Hawkeye’s…we will get in to that more in a couple.

From there, a couple of shots of everyone’s favorite millionaire, playboy, philanthropist, then the star of the movie who is even mentioned by name by Bruce Banner, Ultron.  To me, that’s a big thing.  They (Bruce and Tony) gave it an actual name, and it’s not just some nickname the team gives him.  A few explosions later we get a shot of Bruce looking like he shouldn’t have had the bean burrito platter that night.  A quick shot of Nick Fury (with a little voice over) and then THE most talked about shot in the entire trailer.  A bald female, dropping her robe.  You can see something on the side of her head.  People are split between who she is.  Some say she’s Hela, the goddess of the underworld in the Thor comics.  Some say she’s part of the Dora Milaje.  No, not her.  That’s Dora the Explorer.  Pay attention.  The Dora Milaje are the personal guard of The Black Panther.  This is my guess as well, mostly due to a shot shortly after of a sweaty bearded guy.

Thor tells Tony he’s screwing with the wrong people, then our first shot in this trailer of Wanda Maximoff using her new found powers, edited to look like she’s blasting Iron Man into a door.  Isn’t editing great.  Then a red head (Widow?  Pepper?) gets pushed down on to a operating table, and some menacing medical tools are seen next.  One tool is actually a pair of forceps used to aid in the birth of a baby.  Don’t ask how I know.  Everyone needs a hobby, ok?  Some flying Ultrons, some climbing Ultrons (someone needs to call an exterminator) and then our favorite green Goliath kicks a police car at some people.

A few more quick shots of our heroes, and then that sweaty bearded guy.  Who is that you ask?  Well, it’s actor Anthony Serkis, but his character is still speculated.  Now, remember the Dora gals from above?  They’re in Wakanda.  What else is in Wakanda?  Vibranium.  Who uses Vibranium?  Ultron.  I’m going somewhere with all this, really.  In the comics, Ulysses Klaw was hired to kill T’Chaka, T’Challa’s father.  Oh, T’Challa = Black Panther.  See where it all leads now?

There are a few more shots here and there.  People running.  Thor Thoring.  Tony choking.  Then the big guy.  The one we’ve waited for since that first Iron Man movie.  The Hulkbuster armor.  Some awesome shots of the Hulk fight.  Neither seem to be coming out on top.  But then the big tell of it all is shown.  Hulk turns and his eyes are very, very red.  Almost like Hulk has a major case of the munchies red.  To me, and most of the internet, it seems like Hulk isn’t doing this on his own.  Like someone is putting visions in his mind.  Hmmm…who can do that?  Oh.  You don’t know.  Sorry.  That darn Maximoff chick.  And that’s the end.