Animal Warriors of the Kingdom Kickstarter, Round II

You are using an out of date browser. It may not display this or other websites correctly.
You should upgrade or use an alternative browser.
A

ANIMAL WARRIORS OF THE KINGDOMâ„¢ Series One: will consist of Ape, Canine, and Feline warriors, including the series' main protagonist the albino ape Pale and his vile nemesis Baron Kah Lee. Each figure features 17 points of articulation as well as removable armor and weapon accessories.

THE FIGURES: are 1:18 scale figures similar to G.I. Joe, Marvel Universe, H.A.C.K.S, Marauders Task Force, Dime Novel Legends, Eagle Force Returns, Zombie Lab and Hellscreamerz figures. The figures are sculpted and colored to be faithful to the comic book source material while remaining highly detailed to have great crossover potential for all the above-named lines and more like the Teenage Mutant Ninja Turtles!

PALE: ADVENTURE ARMOR: The young albino ape king sports his trademark mohawk and red armor while wielding the ability to absorb his fallen enemies' powers! This gift comes at a great cost as their ghosts become attached to his soul and slowly drive him mad!

BARON KAH LEE: The evil leader of the Horrid, bent on dethroning Pale and taking the crown for himself. The Supreme Commander of the vile Horrid will stop at nothing until all animalkind kneels before him. Baron Kah Lee's Elite Guard will be a variant with an alternate head accessory.

Either way I'm looking forward to the re-launch. I picked up the clear blue Pale prototype from the first campaign. I really love that figure.

I think most of the updates to the figures are pretty good and lend themselves towards compatibility with other lines nicely.

I do have a couple questions about the campaign structure. Are you guys planning on having it similar to last time where you pledge for a count and then choose which figures to allocate after the fact or are you planning on restricting the pledges to certain figures per pledge?

Also, do you plan on having alternate feet that are more simian?
A

Jason talks constantly to all the other people doing action figure KS campaigns and figured rejiggering the date to May works best in consideration of all the other campaigns coming down the pipe. I'll forward the other questions to him and see what we get.
A

Another pair of reveals, with a Feline homage some might recognize!

Check out the new reveals:

CAPTAIN BRUTUS & THE HORRID KNIGHTS â€“ Feral Mandrill soldiers meant to overwhelm and decimate rival armies; what they lack in fighting skill they make up for with sheer numbers and unhinged savagery! You can army-build the Horrid Knights with the included alternate head accessory.

HORRID ASSASSINS â€“ Only slightly less vile than the mandrills these chimps are deadly with a bow but can wield a blade when in a bind. These apes rain hate down on opposing armies as the city gates give way to the steady push of the horrid!

TOXIOUS - This skunk is his own one-animal army; his noxious stench can incapacitate almost anyone, and if his foul odor doesnâ€™t defeat you his formidable fighting skills will!

I'm happy to announce that we launched yestarday and are already at 43% of the funding goal!

That being said we are going to do a LIVE Q&A at 6 pm central Thursday night, 5/18/2017. We would love to hear any questions you have during the Q&A, just leave the comment on the actual Kickstarter page and we will be happy to answer you in real time!

Thanks again!
heres the link to the kickstarter : https://www.kickstarter.com/projects/thekingdomcomic/animal-warriors-of-the-kingdom-series-1

A couple of the newer stretch goal reveals. 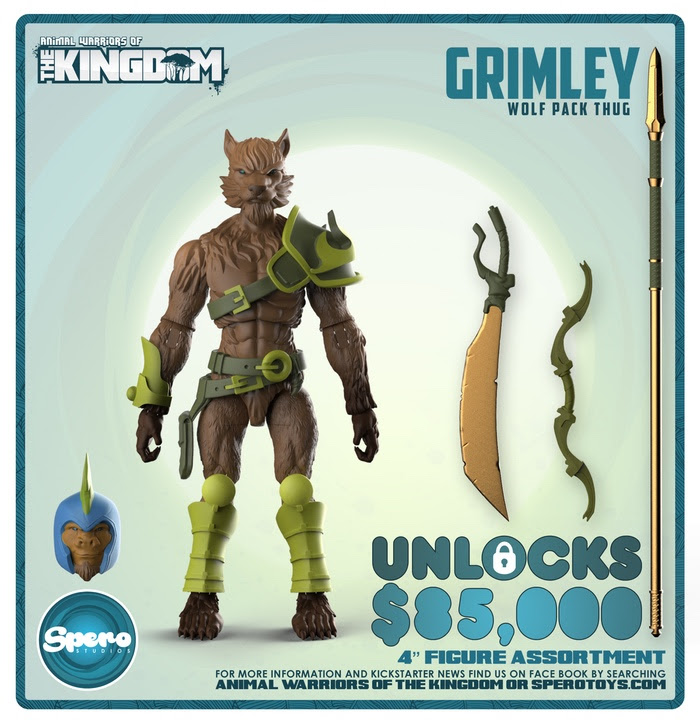 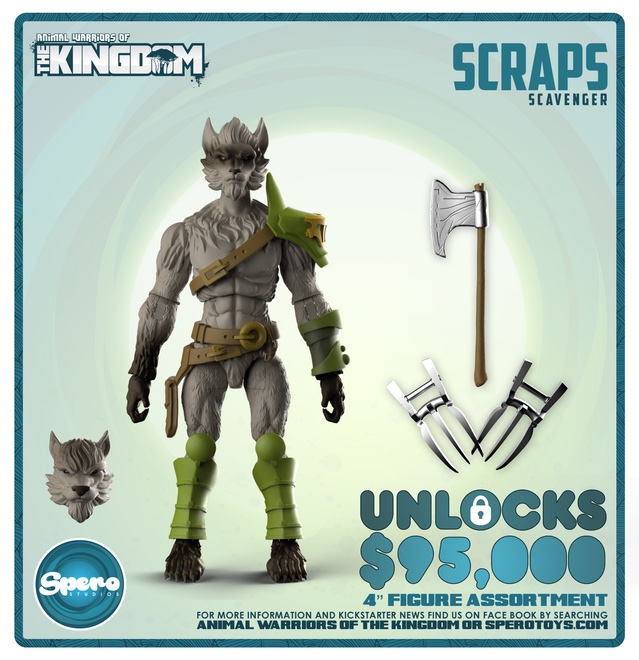 I can't help but see these every time I think about BFS rodents. I'm not very good at photo manipulation but this gets my idea across. 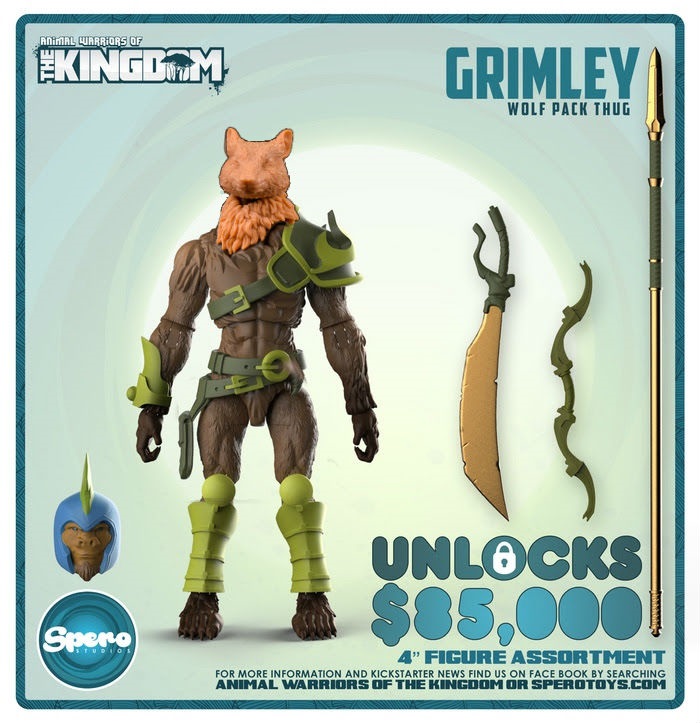 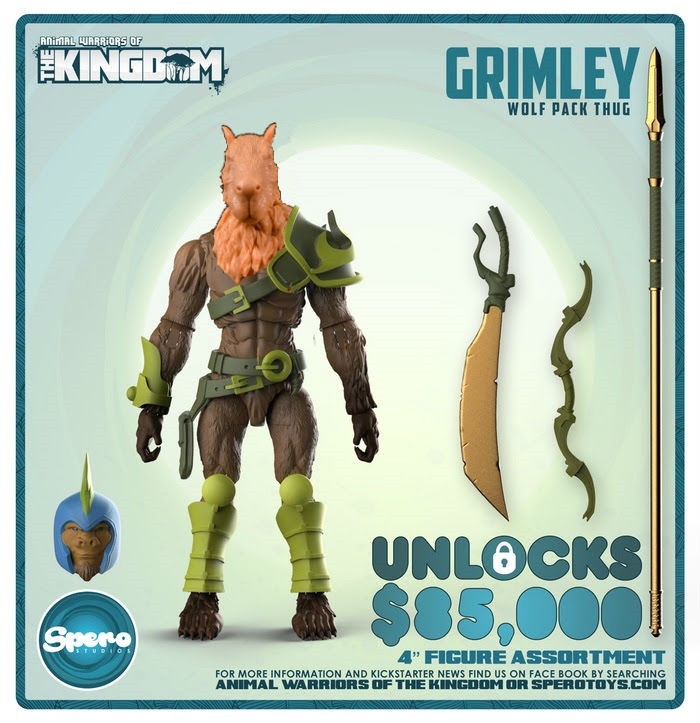 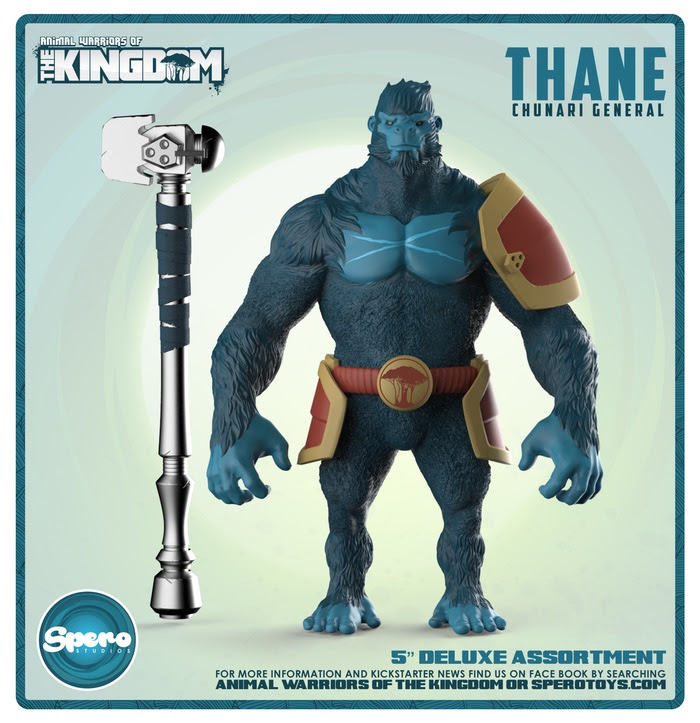 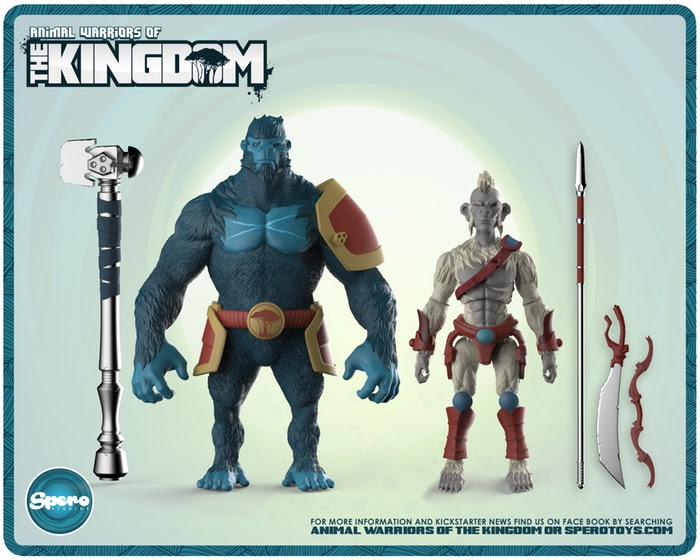