Tag Archives: Ages 25 and Up

Ages 25 and Up Rewind 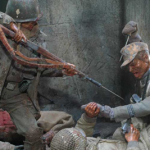 Dioramarama is the fighting 118th's thread for all postings diorama related. From simple pictures taken around your house to elaborate incredibly detailed still sets. END_OF_DOCUMENT_TOKEN_TO_BE_REPLACED 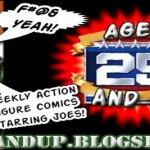 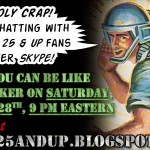 Forum member 1337W422102 is famous for his weekly comic series “Ages 25 & Up – Comic with Balljoints”. 1337W422102 who is commonly referred to on the forum as “Numbers” or “Leet” has transformed a  mostly background character like Clutch into a much loved heroic character.  Ages 25 and Up features comedy and Easter eggs for all fans of comics, cartoons, toys, movies and popular culture from the 1980’s to present day. The comic was first published in 2008 and has experienced several milestones throughout the years.  Ages 25 and Up has featured serious stories,  an ode to GI Joe comic #21,  an amazing take on Captain America, yearbook style issues,  a vote of confidence from Larry Hama himself and an epic #100 issue that used stop motion!  The comic has sparked it’s very own Q and A’s with questions submitted by the fans and ... END_OF_DOCUMENT_TOKEN_TO_BE_REPLACED