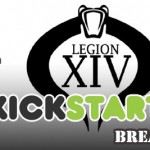 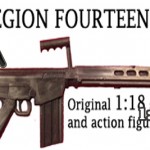 Series 1.5 has been released! END_OF_DOCUMENT_TOKEN_TO_BE_REPLACED 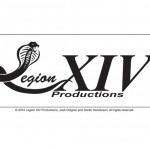 Legion Fourteen Productions has announced the much anticipated release of their Weapons Series 1.  For those that aren’t familiar with Legion Fourteen Productions,  this company is run by forum member Falcone.   Series 1 features 10 weapons at the price of $1 each or lower.  I recently had the opportunity to review a advanced set of Series 1 that you can view Here Below is a quote from Falcone: I am announcing the official release of the Series 1 Weapon Set by Legion Fourteen Productions. The product can be found at the store linked in my signature. I will also be listing on eBay at a later time, stay tuned for that. All previous preorders will begin being filled tomorrow. You can visit Falcone’s store Here and you can discuss Series 1 with the forum Here END_OF_DOCUMENT_TOKEN_TO_BE_REPLACED 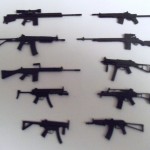 Many of you will remember our exclusive sneak peek at forum member Falcone’s Wave 1 weapon assortment back in April of this year.  If you didn’t get the chance to view Officer member Fogger1138’s review you can view it Here.  Falcone recently sent me a advanced set of his upcoming Wave 1 weapon assortment. The 10 weapon set will be available at Legionfourteenproductions.com sometime in September.  All the weapons will be  available for only $1 or less with 6 of them selling for only $0.75! The first thing you will notice is the amount of detail on the weapons.  This set has some of the most detailed and realistic guns out on the market.  A few of the big stand outs to me are the MSG90,  UMP45,  G36C and my personal favorite the Galil.  I did the best I could with my ... END_OF_DOCUMENT_TOKEN_TO_BE_REPLACED 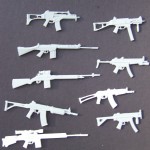 Here at the Fighting118th we had the privilege of getting a exclusive sneak peek at Falcone’s Wave 1 weapon assortment.  One of our Officer’s Fogger1138 has the story: I was fortunate enough to be given review copies of some of Falcone’s upcoming 1:18th scale weapon releases. You may have seen him posting in the forums Here He’s making some 1:18th scale weapons that we haven’t seen yet, to provide some variety for customizers and those who like to outfit their figures with different gear.  My understanding is that currently he plans on making these available at a cost of $1 per weapon. Nine out of the ten weapons in his “wave one” were made available to me by SlayerDave with permission from Falcone.  It’s worth noting that these are early release copies and may not reflect the final product,  as ... END_OF_DOCUMENT_TOKEN_TO_BE_REPLACED