Home > News > Spotted! G.I. Joe – Pursuit of Cobra Wave 2 at Retail!
I went out visiting Target stores here in Southern California. I hit up six different stores, and found the new Pursuit of Cobra (PoC) figures at two of them. Thanks to a tip from K-Tiger, one of our forum members, I went out visiting Target stores here in Southern California. I hit up six different stores, and found the new Pursuit of Cobra (PoC) figures at two of them. The rest had no Joes whatsoever.

I managed to find every figure except for the already-hard-to-find Jungle Viper. Prepare to not see that figure around very much! I have also heard the Recondo figure is going to be packed 1 per case, so he may also be a hard one to find.

My initial feelings on this wave are mixed. Some figures, like Dusty and Recondo and Zartan are really nice looking, whereas the other figures like “Jungle” Snake Eyes and Arctic Destro definitely leave something to be desired.

The Dusty sculpt seems really nice, the extra “head” is a nice addition, and for once a Joe has a helmet that looks like it could actually do some good! (Finally!) I really like that they went the extra mile on detail by adding a cloth cape and making his bare arms ‘dusty’ colored. Recondo seems cool, lots of details on his vest and his weapons and accessories. He comes with a bear facemask.. for some odd reason. I guess it goes with his bear traps and… solar panels? Who knows.

Recondo also comes packed with a “baby barrett”, which looks just like the normal .50 cal. sniper weapon.. but half size!

The new Zartan is pretty neat, I like all the extra stuff you get, almost a full 2nd figures worth. This figure seems to be leaning more towards the original Zartan concept.. which is pretty cool in my opinion. Everything is detailed nicely, and a bird is a nice treat.

On the other hand, the new Snake Eyes figure is.. just disappointing. It’s full of ninja tomfoolery and gimmicks (Tornado Kick!). Also, this figure seems to be ridiculously undersized compared to all the other Joes, and even Wave 1 Snake Eyes.. he’s SO diminutive its ridiculous. The detail on his chest piece is completely lacking.. if you pass on one figure.. pass this one up. You can also probably pass on the Arctic Destro.. unless you really like snow figures.

Nothing here is TERRIBLE, it’s just not particularly well done I don’t think. Lots of weird ice tools and accessories.. but none of them really sell me on this figure.

The colors are not really doing it for me either.. another pass here in my opinion, I think customs have been done that are way better for an Arctic Destro.

Hopefully I can find a Jungle Viper out there somewhere.. that is going to be one HARD figure to find for sure. At least until that Cobra Shock Trooper figure comes out.. yikes.

I’m going to try and do some full reviews on these figures soon, so stay tuned!

Be sure to talk about this on our Forums 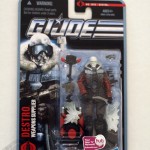 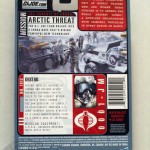 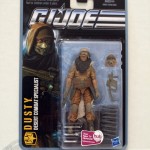 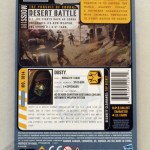 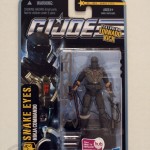 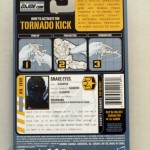 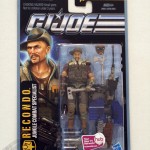 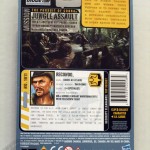 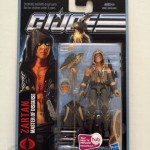 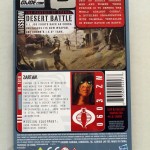