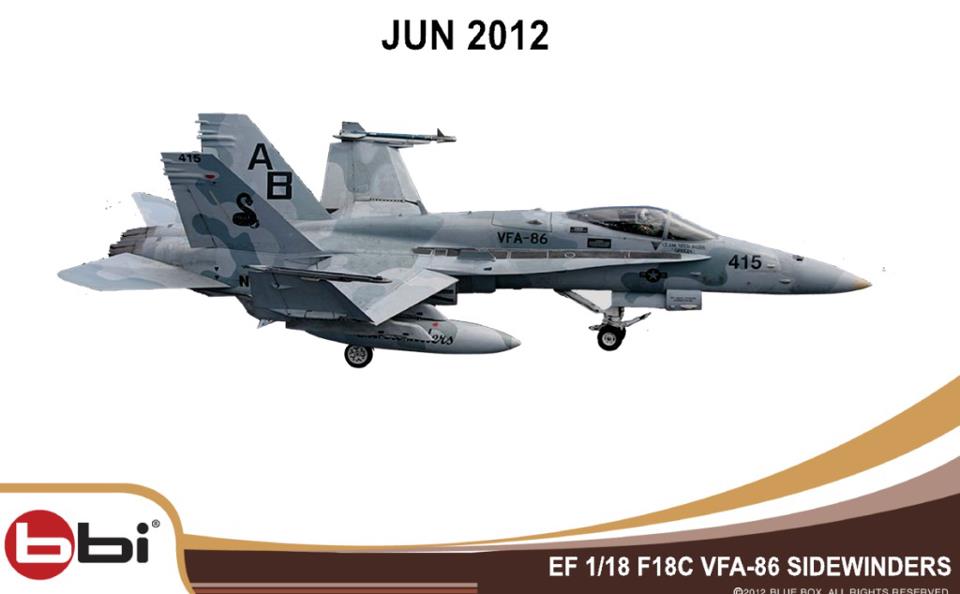 Update 03/02/2012: According to BBI this info was not supposed to be released yet, and the photo above is not even correct. There is a new F/A-18 in the works, but it is unlikely to be released in the States until closer to the end of 2012.


BBI did say “New material will apply for landing gear (same as our new Freedom F16) to avoid the bird collapse.” So that’s something good at least, hopefully they’ll make some other changes as well!

According to a post on the Official BBI Facebook page (Link), there may be a new F/A-18C Hornet coming this June from BBI.

There is a German hobby site taking pre-orders now for the item, though it’s unclear if this is going to be an exclusive for Germany or made available for the rest of the world as well.

The model is said to represent the VFA-86 “Sidewinders” squadron. Though the feelings toward the selected camouflage scheme is mixed.

News? Comments? Discuss this on our Forums!

Thanks to our resident design guru and plane enthusiast Beeavision for the tip!