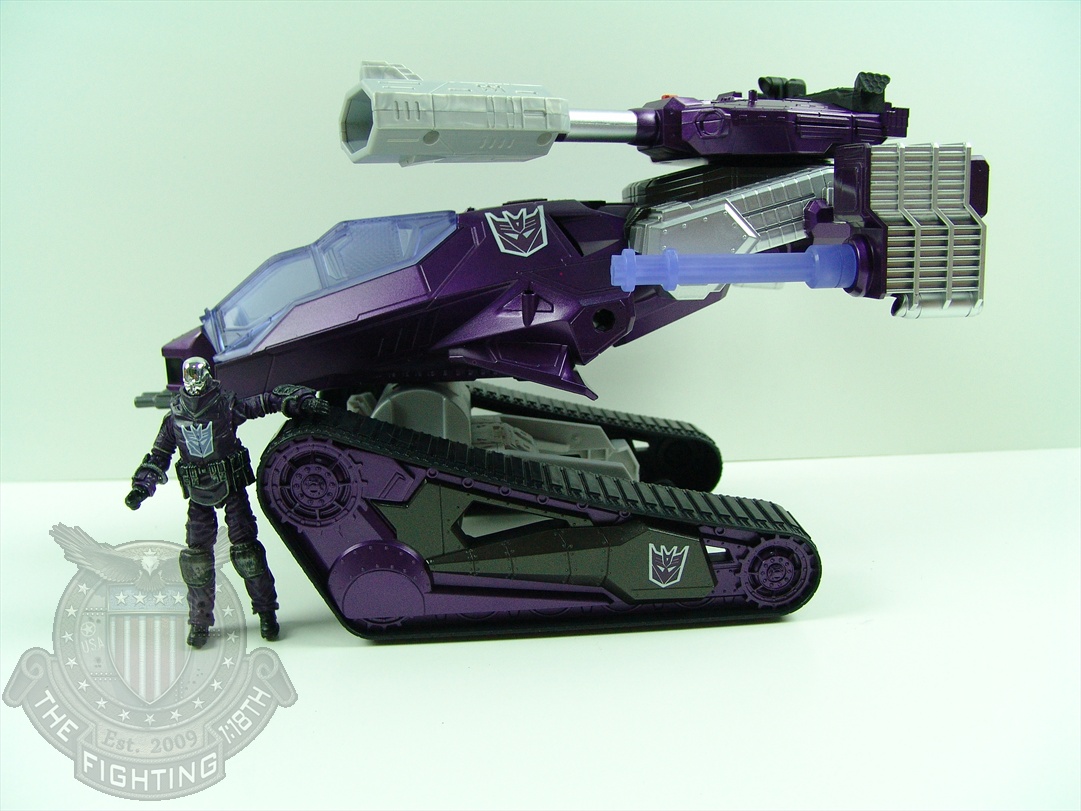 r year has gone by and you come up with another decent crossover exclusive.  Although the tank was not the highlight of the set there was plenty to make this worth it if you got your hands on one.  The HISS is a painted up Retaliation tank that has static treads.  Those and a glass canopy are two things I’m not a fan of.  The design of the new HISS tanks are ok but of course Cobra overlook certain engineering features.  Open turret?  Is this 1984 still?  Let’s protect that gunner already!  The attack mode is fairly worthless too.  It points at the ground.  Great of you want to dig a hole I guess.

The did manage to use a barrel similar to the original Shockwave though.  It is a little smaller but has the same design minus the clear inside.  An easy fix is to find an original one and put the stem on it with super glue or green stuff putty.  I like the putty since it is a bit stronger.  Only problem is that it takes away from some of the see through of the original barrel.  Still looks nicer.

This set also comes with Soundwave in GI Joe scale, Destro in Decepticon gear with money and the neon green B.A.T.  There is also a cart with three energon cubes for the B.A.T. to push around.  Soundwave in GI Joe scale is just too cool.  It has three tapes and a back peg to wear around.  Destro’s get up is pretty nice as is his money case.   Both showing the Decepticon logo so you have no question who he sold out to this round.  The B.A.T is a neat troop builder.  Great if you want your android in safety colors. As I mentioned, I’m not a fan of static treads.  With POC HISS tanks having mobile treads and hitting the discount stores I could not resist putting them on this exclusive.  There are two ways you can go about it.  One way is to do a huge modification to the bottom of the tank so you can convert the piece underneath to work with the POC elevated threads.  Another way is to modify the spots where the static treads attach to the Shockwave/Retaliation base and add the mobile treads.  Much easier but you are still stuck with can’t attack mode.  Both look good sitting down.  The elevated treads have a slight advantage I feel since you can raise the tank up.  Each person is different though.

In the end, this was a pretty cool exclusive.  It came with accessories and figures that compensated for the tank.  The box art was amazing too.  Check out the links within the article for more detailed pictures and in depth reviews of each item.