Paint is certainly simplified on Kwinn. Being cast in flesh on the arms, tan for the torso and an olive-gray on the upper legs, flesh on the lowers, there’s not much else to paint. A bit of detail for the boots, and some detailing on the face, and that’s about it. Frankly, he doesn’t need more than that. He’s a mercenary so he doesn’t need any faction symbols, and I can’t imagine him wearing anything flashy. 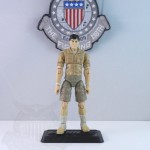 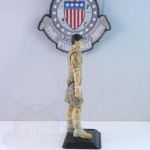 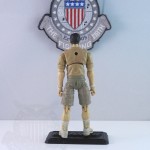 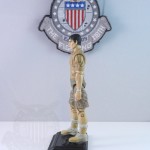 Kwinn’s another that comes loaded down with accessories. Hunting rifle, shotgun, pistol, vest, weasel necklace, harpoon, a couple inuit weapons(an axe and a hand knife), Backpack, belt, two ammo belts, bear trap, machine gun with tripod, and stand. The sculpting on some of the accessories is top notch, too. The knife and canteen on the belt look removable, and the inuit weapons certainly add a touch of realism. 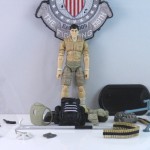 Previous: Star Trek Into Darkness
Next: Velma by G.I.EDDIE