:trollface: yeah,he's leaning on a mold box with a DC 7" torso in it,lol. I don't remember her name. One of "the new 52" I've done a couple of them already. First shot always sucks,because they're one giant hunk of plastic...this case makes a good stand! lol last pic I'm holding the figure with one hand,and shooting with the other.

Yeah,I passed on the other figures from the wave,but I actually want that BAF. Normally they're the first thing I sell or trade off,lol. I need to trade my juggernaut and space venom parts for giant man parts!

I feel compelled to buy the 3.75" ant man that comes with the wasp or whatever he rides now. It's like $15 now,but I'm hoping for that $10 price! Especially since the figure needs work!! In going to have to shrink the giant man head I don't have yet to fit it is a given,probably the torso too to be movie correct..

I would argue that for someone wanting the BAF, you'd be better off buying the Diamond Select version Juggernaut which is slightly larger and more detailed... at the same price you'd pay for the figure you didn't want just to get the BAF piece.

I don't want juggernaut,I want Giant man. I don't wanna get stuck with the pegwarmers tho. I have most of juggernaut I'd be willing to trade for the rest of giant man tho.

I've only seen them at the Super Centers. There's a half dozen Walmarts in this area not counting the Smalmart stores,and only 2 are the larger Super Centers. Then again,distribution,and restocking is so spotty at all of them,so who knows what's supposed to be what or where?

Picked up Secret Strike Loki,and he is Amazing!

Absolutely love this figure! And $12 shipped MOC the price was more then reasonable! I've had Sif for a long time from the same line. She's ok,and the $8 price from China seller made me buy her. The head is too small tho,and lacks detail. I need to slightly enlarge it at some point,and paint it up to compensate for its short comings. I may end up getting more Thor figures now? There's an image online of a black repaint of this Loki with a different head for the Dark World line,but I can't find the figure on eBay,or any more info on it. I found the blue&green repaint from the first line tho I find it not as appealing.

all of mine are super centers too

Yeah they all suck,lol. I can't think of anything I want right now anyways that is in the stores,or supposed to be anytime soon in 4". The only thing I want that I don't have yet is Civil War Scarlet Witch 6" and Movie Dr.Strange 6". I found&Bought winter soldier today at Walmart.

I think she's just on the smaller female buck like Jubilee or one of the many Spider-chicks. 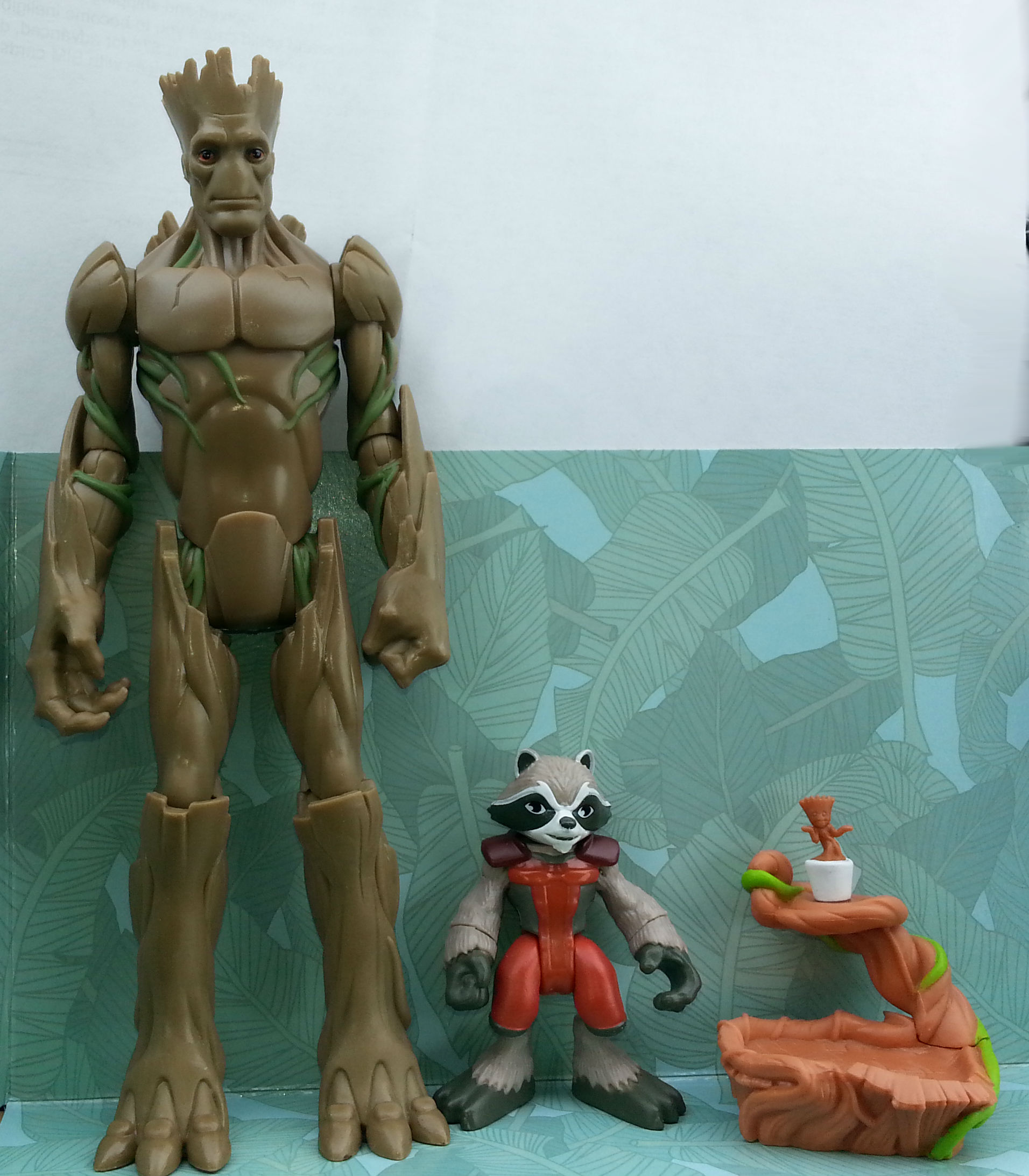 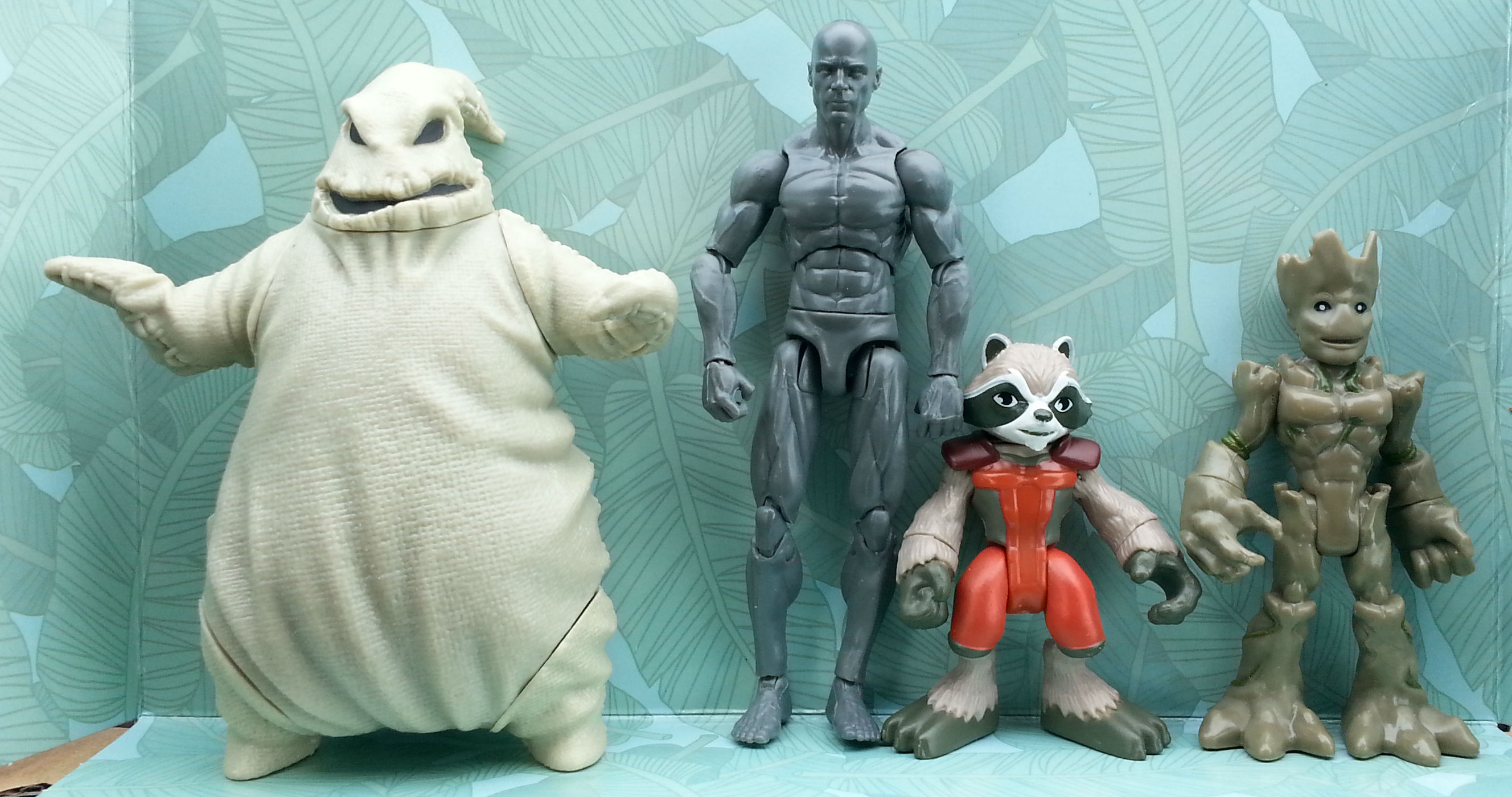 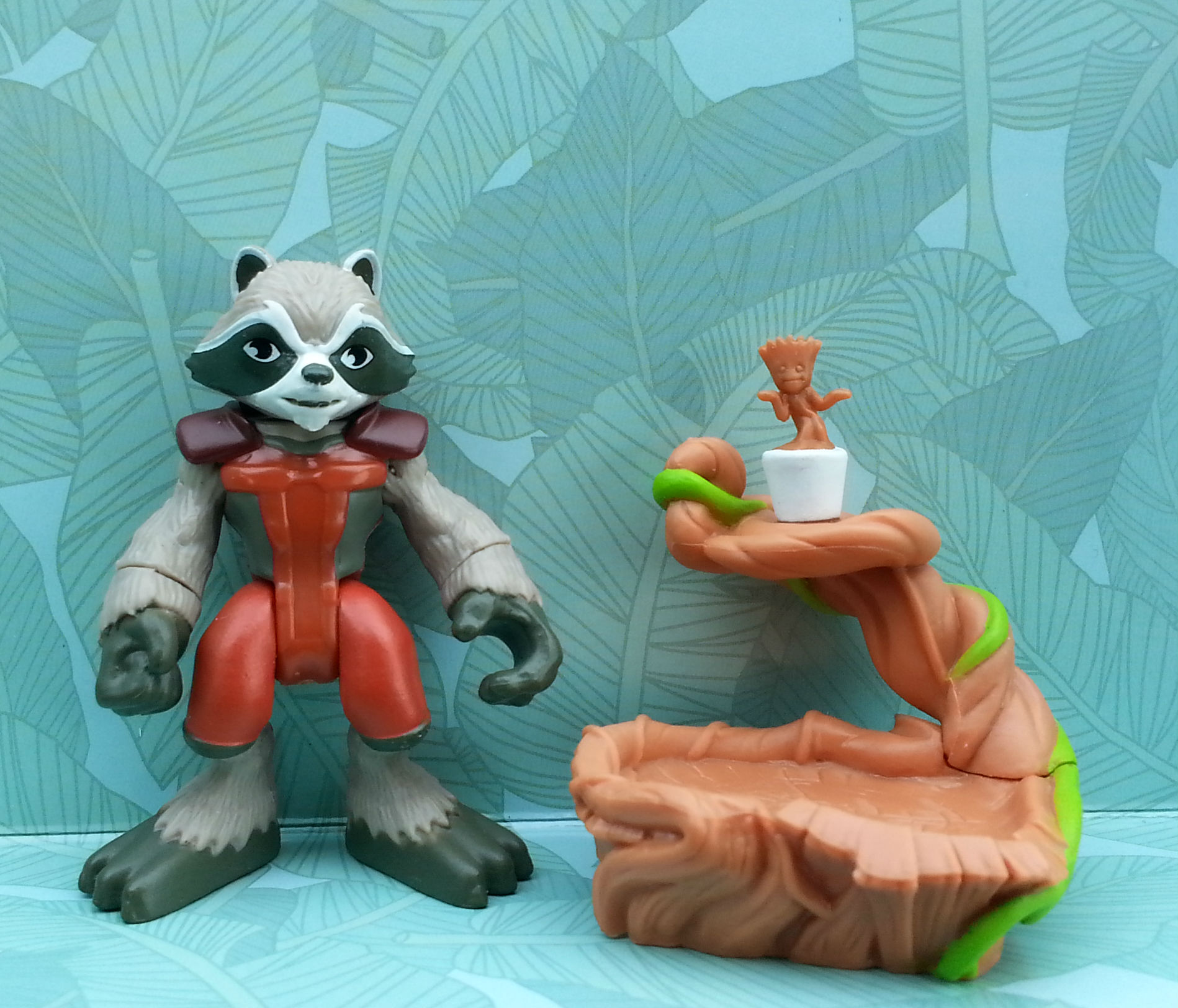 Anyone what a red wing Falcon half price.
Marvel Legends Series Marvel's Falcon With Flight Tech And Redwing | eBay

"Does not ship to France"

Thanks for the intel however

Nice find, thanks. I don't collect MCU but may pick this up for under $8.

https://www.walmart.com/ip/Captain-America-Ca-3.75-Legends-Figure-And-Vehicle/107996510
Click to expand...
Wow - I almost picked this up at TRU to add to my Avengers...I thought it was a TRU exclusive since that was the only place I saw it. Just bought it with free in store pick up for less than $8.50 with tax. Thanks so much!
I

I was in the final stage of checkout when it occurred to me I never checked my local stores stock. Glad I did because they had them clearanced down to $5. For that price I picked up 4!

While not 4", this seems to be the Marvel catch-all thread, so I'm putting this here anyway.

I finally got Revoltech Spidey, and just for fun, I took some pics and put a gallery on my site. He's a really fun, extremely poseable figure.

Somethings up with that link, bud.

Sorry, fixed it. Give it a go now.

He looks great...aside from the shoulders. Were those terrible looking joints necessary for that super articulation? Seems like you can get the same or very close to that range of motion from most existing better looking shoulder joints.

The different eyes and webbing are super cool. Whats the webbing made of? White wire?

No, the webs are made of various rubbery plastics. The web lines and shooting effects are rigid, whereas the lasso/noose is more of a flexible plastic. Very clever.

The shoulders are what they are. I only notice them in resting poses where they really stand out, but when he's doing an action pose of some sort, I totally don't see them in-person. Taking the pics, I was seriously so impressed with what I could make him do, not once did I think, "Hmmm that shoulder joint could have been done better."

I should have done some eye swaps in my pics, but I was already up later than normal and kind in a hurry to snap off some shots. It's a pretty nifty feature though, and it makes him really expressive.

Weird shoulders or not, it's a great toy to just mess with, and even more fun to photograph. I don't want or need a bunch of these (they already made a deadpool) at $60 a pop, but for a one-off figure of a character that's known for contorted poses, he's pretty awesome.

I was tempted by the TMNT figs but never caved. Not sure why I can drop what we do on TFs, but balk at that kind of cost for any other figure. Guess I justify it with knowing the extra cost that must go into engineering a transformation.

Yeah, same here. TF's get far more leeway than any other franchise. But part of that is with MP TFs (or 3P equivalents) I feel like I'm buying the "be all, end all" version of these characters... completely ignoring the fact that half of them will get replaced by a newer, better, more ultimate version later.

With other franchises, I feel like I'm buying more-more-more just because they're making it....rather than buying high-end versions of a finite variety toward a finite goal. So with other franchises, the threshold is far more stringent because otherwise I'd be broke. With TF, I just say, "It hurt, but that's another one off the list... closer, closer."

No matter how much I like the franchises, I can't see myself buying an expensive Joe or Marvel toy. I guess I've bought two different Joecon sets in my life, but those were once or twice a decade purchases, not one or twice a month like 3P-TFs.

Even $30 MOTUC figures piss me off. Yet I spent nearly that much on the toyhax sticker set for MP Magnus without blinking. WTF Mattel! 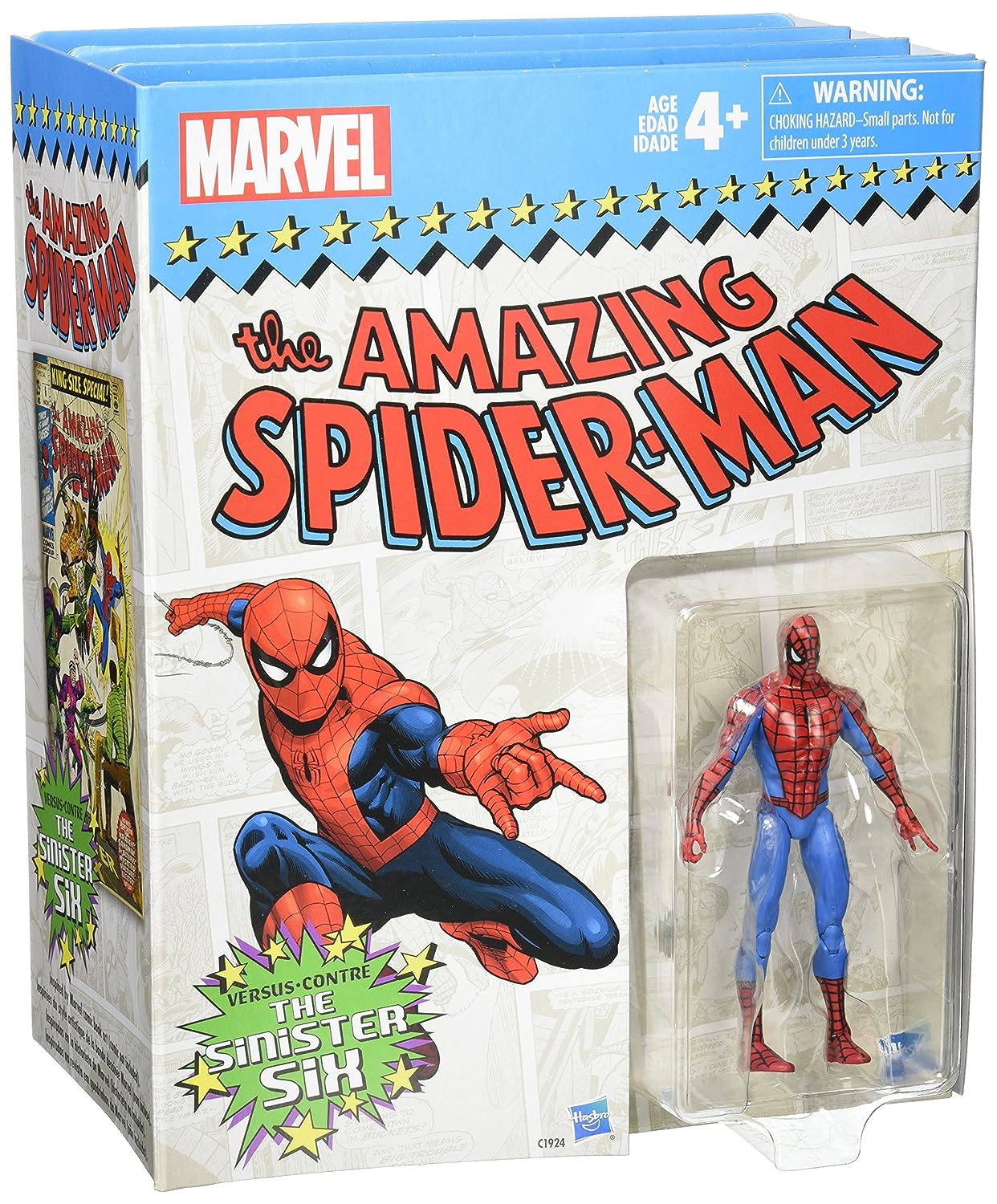 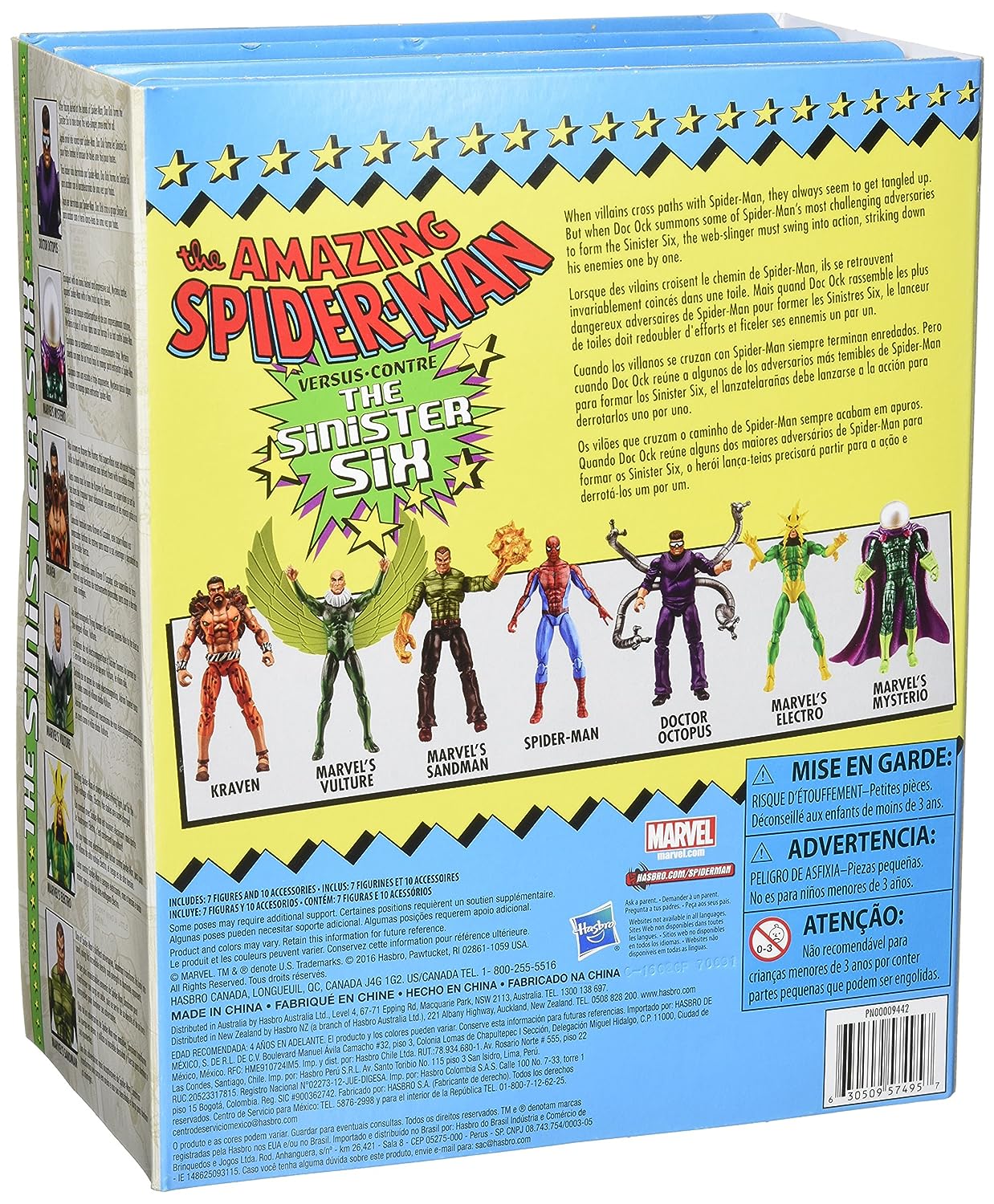 Not a single new figure, just repacks with mild deco changes. If guess if you were really late to the game and didn't have any of these figures it might be worth a flier, but over $11 each for some of the worst figures in the line is hard to swallow. That Vulture has maybe a dozen PoA. It's a wonder they just didn't go full-T-crotch on him. Ugh.

I guess it's good that none are new though. I'd be pissed if this was the only way to get a key bad guy.

I mean, the packaging is cool. It's hard to tell by the art and then a picture of the art, but are some of those figs painted metalic??

I don't think so, just glossy.

Yeah, the vintage packaging art is by far the best part, 'cause it's certainly not the figures!

Yeah, but on the back photo, Spidey looks metallic, and clearly on the front he's not.
S

I was diddy-bopping through Target the other day, and noticed that the Marvel v. Capcom 2-packs have reissued the SDCC RoC Destro/Professor-X besuited buck in white/black. Very similar to Black Mask, actually.

Really? Did you get pics?

No, but it's pretty spot-on to promo images. 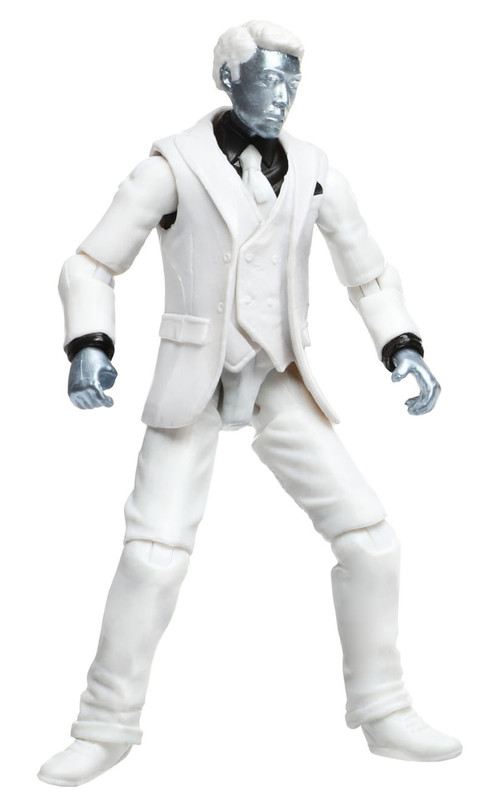 Slap some RoC Cobra Commander wingtips on there (to break up all that white) and you've got a banging gangster.

It's Mr Negative from Dan Slott's run on Amazing Spidey... circa 2-3 years ago. He's a good character, and based on who he's packaged with, I assume he's in the new PS4 Spider-Man game (haven't played it yet).

It's the Prof X buck alright, but the set is $20, so it's not like you could armybuild these unless they go on clearance. I bought one b/c I like the spidey design and I needed a Negative for my 4" Spidey villains shelf.