Well after a little work I was able to correct the cockpit problem. After removing the ejection seat and pulling the back panel off I cut about 1/4" off and then was able to replace it which allowed me to position the pilot further back. I also removed quit a bit of the bottom of the ejection seat to get the correct height.I could of cut more off the back but it would of brought the height to far up. Now I start on fixing the MK-82 snakeyes I have already cut the notches in the fins and now I will cut off the warhead and replace it withe a BBI MK-82 from the F/A -18 Hornet.

NSA said:
Man I need me one of these. One of these days..

Start saving now, wen you have enough $, they will be 3 times the price.

Really don’t like having to cut the canopy off of my $300 toy, but having to completely gut the glued together cockpit and then chop it up and re-engineer it to fit a pilot is pulse raising. Thankfully the outcome was worth the effort and I now have a functional bird. 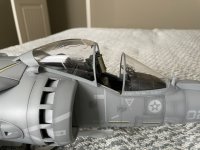 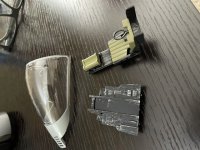 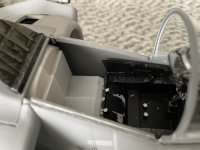 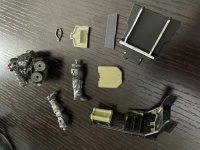 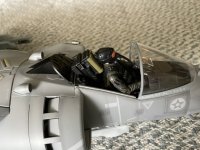 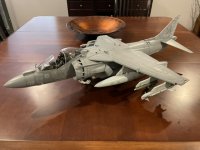