I ordered two more after getting this one. I’m waiting for the Sean Connery and Mr T heads to show up. I hope to do a Colonel Roy Urqhart figure with the 007 head and I need Mr T in my collection so he can go around saying: “I pity the fool” to whoever irks me

“Look Joe, there’s movement near the cookie jar! Do you think you could drop a M203 round on those pecan sandies?”

Thinking of converting these for the banner. But I’m not sure I will have the time

Videoviper said:
Thinking of converting these for the banner. But I’m not sure I will have the time

They aren’t the right scale I have the 5” ones 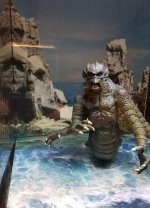 Just put this together lmk if anyone wants the background file. 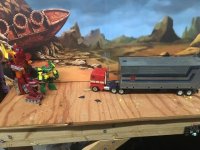 Nice, hahahaha! Who do you think made that hybrid-image widescreen background file in the first place?!

It's definitely made the rounds, as I see it in pics all over the interwebs now.

Displaying all of your hard earned plastic acquisitions is a rewarding part of being a toy collector. And few toys make a better display than Masterpiece Transformers (and their third-party brethr…

Even I downloaded it without knowing it was you. That background and the orange or purple walls that what’s his name made are everywhere.
Reactions: nacho

I put several features in there that I can tell my file apart from any mashup someone else might put together. I find it flattering that people like it enough that no one bothers to make their own.

At some point I downloaded it and it was saved really weird, including website files directory etc. so I avoided opening it for awhile. Then cleared out all the wtf stuff & modified the picture to print out bigger than what my printer normally allows.

I have a few poster board dioramas, the moon is on the other side of this board.

That's odd, it's just a jpeg. There shouldn't be any other files unless you saved the whole webpage the full-size version is posted on. Hmmmmm.

I sent mine to walmart photo to get printed, as I can't print large stuff at home either. My wife had to argue with the clerk that it wasn't copyrighted. Clearly he was familiar with the cartoon and knew I was not the creator of the original parts, but I guess since there were no actual characters and she told him I made it in photoshop, he finally relented and sold her the print. What a dillhole.

I remember you mentioning that story. As someone who worked at a 1 hour photo, print a copy for yourself if you want it.

I need to get photoshop back to make posters.

I had so many good ideas back in the day but never had the time to properly print the stuff. (Basically Cardboard galaxy had a similar idea & made $$$ off of it.)

I admit I stole this recipe from someone on Facebook 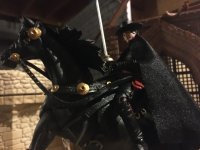 Sgt301 said:
That reminds me of the YouTube channel BlackstarInitiative

Where do you think the idea came from?

Not really a 118 diorama but I could have a lot of fun with this one. 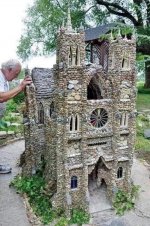 Videoviper said:
Not really a 118 diorama but I could have a lot of fun with this one.
View attachment 14373
Click to expand...

When I was a wee lad we’d build stone forts for our little green army men (not as elaborate) and hurl smaller rocks at each other’s forts until all of the other guys men were killed or he surrendered.
Reactions: Videoviper 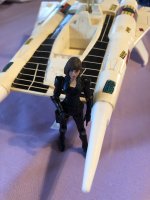 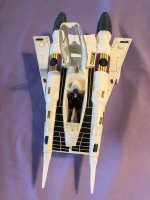 I found replacement parts for my old Buck Rogers Starfighter on eBay a couple years ago. The guy printed most of the easily broken and lost parts such as landing gear and nose cones/rear engine thrusters while the figure is a kit bashing of two different Star Wars figures.
Last edited: Feb 6, 2021
Reactions: ThunderDan19, pcsguy88 and Videoviper

Is that the one from the 80s my friend had it & I thought it didn’t fit SW figures ?
Reactions: Sgt301

This one I got Christmas 1979 and the SW figures fit fine. The print is small but I believe it was made by MEGO.

I loved me some Buck Rogers (and Erin Gray) back in the day!
Reactions: Sgt301

Erin Grey produces the Leap Frog cartoons & books celebrities for comic/ horror conventions. Friend of mine got to hear the story directly at a horror con.
Reactions: Sgt301

You wouldn’t believe it but my brother and I experimented with Estes rockets taped to this starfigher once. Fortunately it landed in a fresh plowed field and the tape came off without messing up the original stickers. Stupid kids

Sgt301 said:
You wouldn’t believe it but my brother and I experimented with Estes rockets taped to this starfigher once. Fortunately it landed in a fresh plowed field and the tape came off without messing up the original stickers. Stupid kids 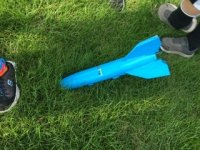 Oh I believe it. Cub Scout rocket that doubles for Cobra Commander’s WMD Don’t have the dio pictures on my phone right now.

Similar story I used to tie Bosk to a kite (I had 2 of him just in case) Flew the kite high enough to cause issues at the airport & still got him back ok.
Reactions: Sgt301

It’s probably a good thing we never lived near a airport. My dad had a rocket come down on the top of the commissary at Fort Sill on Sunday when it was closed and I had to climb up there and retrieve the rocket while he kept a lookout for MP’s

Those were the good old days.
Reactions: Videoviper

Today this popped up. Skip to the end if you don't want to see the build part.

Neat. The guy clearly has a lot of imagination. His construction skills seem to be rudimentary, as if the only tool he owns is a hacksaw, but he tried hard.

However, I must admit that I couldn't stop cringing throughout the video. The mix of ARAH and modern Joes, the weird mish-mash of parts (Buzzer's lower half with Cutter's torso???), Grunt with Breaker's gear driving the MOBAT, the canopyless Skystriker, Slipstream and Wild Bill being ground-level heavy gun operators, etc.

My imagination can suspend disbelief to a degree, but the randomness and complete ignorance (or intentional disregard) of the characters' roles/specialties makes my OCD scream.

But I give the guy props for the imagination and all the work he clearly put into it.

Playing around with my dio. Built an infinity pit. Learned a few things since my Stargate (like it may need maintenance) so I built it so it can be taken apart & pieces moved as needed.

This is the underground section of my castle. Still trying to figure out the final design but it will have a river. 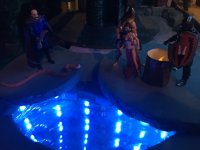 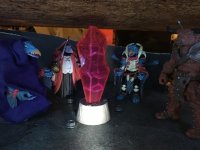 That’s cool, but a few M80’s would have made it really cool.

Just sitting here working on a painting. Going for a layer effect. 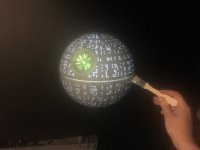 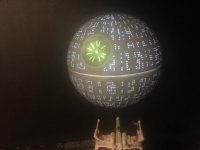 Nice. You planning still shots or some kind of video/stop motion?

I’ve had this thing for awhile but don’t have a proper wall in the basement to hang it. So I decided to mount it to a painting so I could put it were I want it, for now.

it a nifty night light, but since the kid doesn’t want it, it will eventually go in my home theater with other movie related toys.

Just need to build proper walls run electrical & somehow pay for it before I’m to old or dead to enjoy it.

We need to talk with this guy about setting up the Hanger. He already set up the Lebanon location.