Rider said:
The best Cadillac parts are not visible in Bot Mode.
Click to expand...

Exactly. The coolest part of that figure is the iconic vehicle it's based on, and barely any of it shows in the bot mode.
Reactions: Rider

That's what I mean when I called him a shellformer. The robot has nothing to do with the car. Whereas most G1 autobots are distinct and recognizable because of the iconic car parts that form parts of the robot. Generic robot with giant car hanging off the back is just lazy and worthless, IMO.
Reactions: Rider

May as well be a Baybot.

That art is annoying... I’ll have to see it in person, but obviously do not care what the actual robot looks like since it’ll never be opened if I did buy it. So close Hasbro.

pcsguy88 said:
That art is annoying... I’ll have to see it in person, but obviously do not care what the actual robot looks like since it’ll never be opened if I did buy it. So close Hasbro.
Click to expand...

I bet a talented artist could create a better looking bot mode in the G1 box style and stickers could be printed to cover up Hasbro's garbage. If it'll be kept in the box, who cares if the art doesn't match the actual figure.

This is cool...if you have a smartphone...and the particular model.

Did this badboy get discussed?

No. Eddie and Nacho are anti anything Micheal Bay, so I didn't bother bringing it up. Needless to say, it will be mine and I will be displaying with the helmet/gas mask combo.

Awful cool-looking for a Bay design.

pcsguy88 said:
No. Eddie and Nacho are anti anything Micheal Bay, so I didn't bother bringing it up.
Click to expand...

I did see it and appreciated it, but not as a TF figure. To me it's just a cool, transforming robot tank. If it wasn't so busy looking, and maybe chunkier, and 1:18th, it would fit in well with Acid Rain.

It's true that I don't like bayformers, but that's a much deeper discussion with many layers. I'm not even sure I'd have assumed this was a bayformer. It just looks like an old man that turns into a WWII tank. If I were into random robots and WWII stuff, I'd be all over this. It looks well-executed, but I'm definitely not the target audience.
Reactions: G.I.*EDDIE

Saw this at the car show today.

If only it had an autobot logo.

Not that I was going to buy it, but this confirms I won’t even look at a cheaper KO version.

The bot mode... if it wasn't for those feet and huge noggin (and unseen backpack), it wouldn't be so bad. As is 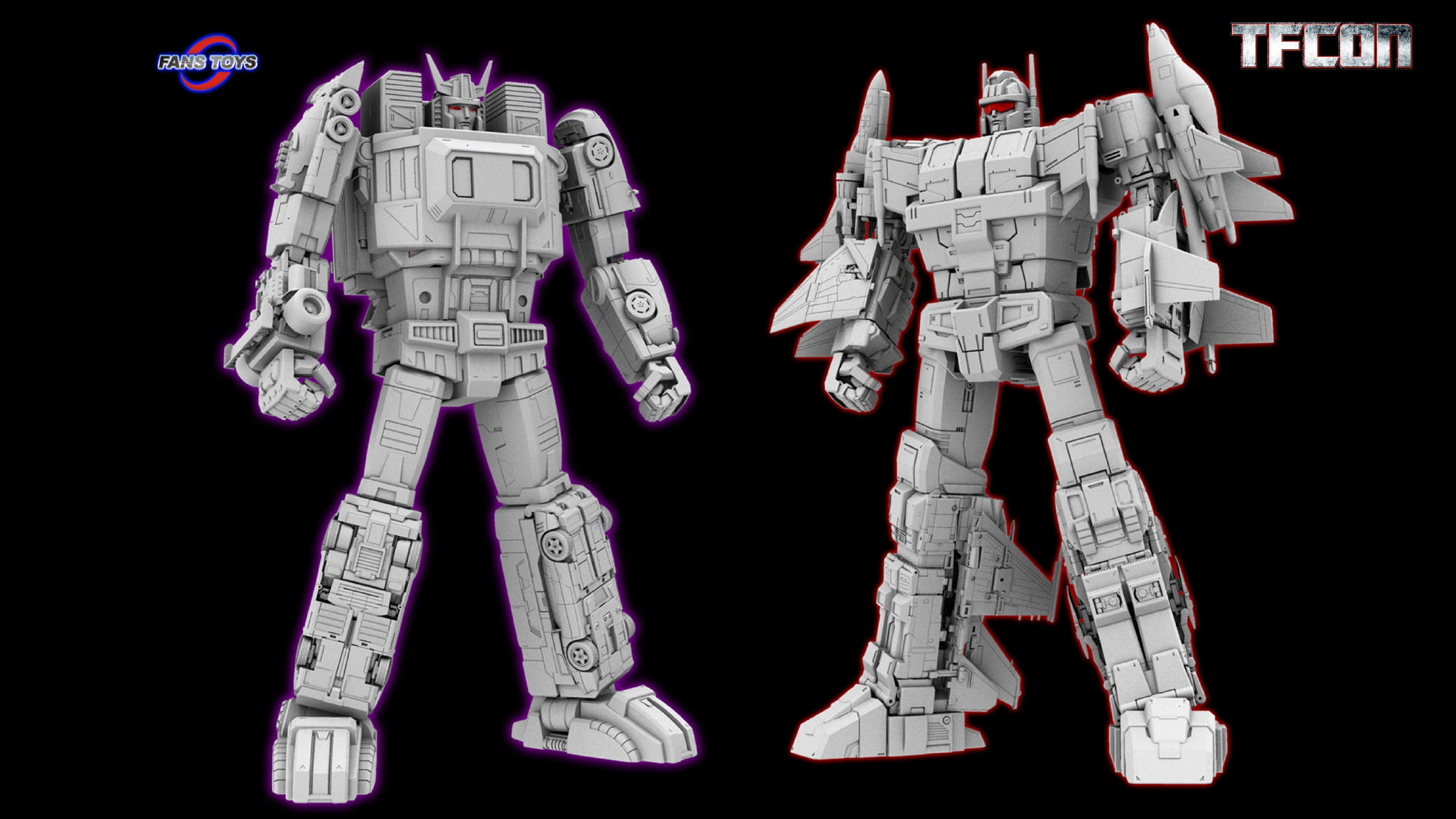 Wait, so the leg cars just snap into a frame upside down and the car arms get torn in half and then plug into another frame? These combiners are getting out of hand with the cheats.

Both of them have two set ups. Toon and Studio Ox. The ones I posted are Ox.

Yeah, they are cheating, but honestly, if that's what it takes to get the proportions right, I'm all for it.

G.I.*EDDIE said:
Both of them have two set ups. Toon and Studio Ox. The ones I posted are Ox.

Yeah, they are cheating, but honestly, if that's what it takes to get the proportions right, I'm all for it.
Click to expand...

If 50% of the combined mode is add-on parts and the other 50% is just alt modes stuck to it, then give me a 20” bot that doesn’t transform and is super articulated for half the price. Is Motormaster even in the combined mode?

That toon mode is even worse. They just glued a matchbox car to a robot’s calf.

For you being an anti-toon guy and constantly complaining about how vehicle parts are not seen on robot modes/fake parts taking their place, you sure are doing a 180 in the most extreme way on these combiners.

That 928 is gorgeous though.

These look ok I suppose. By the time they come out, my zeta Superion and XTB Menasor will have several layers of dust and many years of enjoyment under my belt. This one might be "better" in some subjective sense, but I'll never know. It's just too little, too late.

I've determined that FT are primarily a trolling company that also happens to produce robots on occasion. If they spent as much time making figures as they do cockblocking other companies with their renders, we'd all be better off.

pcsguy88 said:
For you being an anti-toon guy and constantly complaining about how vehicle parts are not seen on robot modes/fake parts taking their place, you sure are doing a 180 in the most extreme way on these combiners.
Click to expand...

I think the difference is that with combiners, they always required a bunch of add-on parts and partsforming. If I thought there was even a remote chance of making the gestalt look correct while keeping the bots in scale with one another, I'd be less forgiving. But I think even hardcore G1 fans recognize the impossibility of it all.

Whereas a fake grill on Prime or fake car parts on Sunstreaker are unforgivable because they are wholly unnecessary. We know because they've been done properly without fake parts. It comes down to expectations, and with gestalts, getting two main modes correct and still getting the combined mode to look right, compromizes must be made. So in those instances, I'm far more forgiving. And in the end, I'm going to spend a lot more time looking at the combined mode than anything else, so having that look good is key.

However, I would have no problem with a 20" articulated figure that doesn't transform or separate. It would save a lot of trouble. I actually have all the bots to make Zeta Superion, and to a degree, I dread opening the final three because I know that it'll take hours to get them all combined right. This isn't a Zeta problem, just a state of the industry. The transformations these days are so complex, and the instructions so poor, I don't have the time or patience to mess with them. I'll never undo Constructor, ever. I took pics before combining him, and that's good enough. If I needed individual constructicons for something, I'd be tempted to spend another $400 for another set before I took him apart...

pcsguy88 said:
For you being an anti-toon guy and constantly complaining about how vehicle parts are not seen on robot modes/fake parts taking their place, you sure are doing a 180 in the most extreme way on these combiners.
Click to expand...

It's HIGHLY unlikely that I get any of these combiners. I've just gotten so good at talking myself out of stuff that I have no need for, no space for and just sits around in a museum just for me that I rarely go into.

That being said, I prefer the Ox set up because of the upper half. The head looks better, the chest looks better and the pylons(?) around the head look better. The toon one looks bland by comparison. The lower half of the Ox one is better too. It'd be more detailed and more colorful mode looking at the bottom of the car vs the grey box of the trailer. BUT, if I were to get the set, I'd set the lower half up in toon mode and spin the legs around so the cars were visible, like FP's Intimidator, if possible. Another thing I liked about the FP set was the ability to turn the thighs around so that the semi cab thighs were visible. The worst part about the FP set? The proportions. And that's the main reason I prefer any parts forming necessary: proportions.

Is that Porsche chibi'ish? It looks extra bulbous and round. Maybe I'm just not familiar enough with the model.
Last edited: Mar 17, 2019

Cliff Jumper is the shitty squared off Porsche 924 for the poor men that could not get a 928. Round ass and headlights are superior.

Neither the 924 or 928 was particularly great. As far as porsches go, they're both pretty 'meh'. They're the boxsters of the 80's.

Oof. Yeah, that 928 is just, no. Not for me. Reminds me of a Pinto or Gremlin or something. I guess I'm all nostalgic for the more squared off 80's look. Deloreans or the style of Ghost In The Shell. 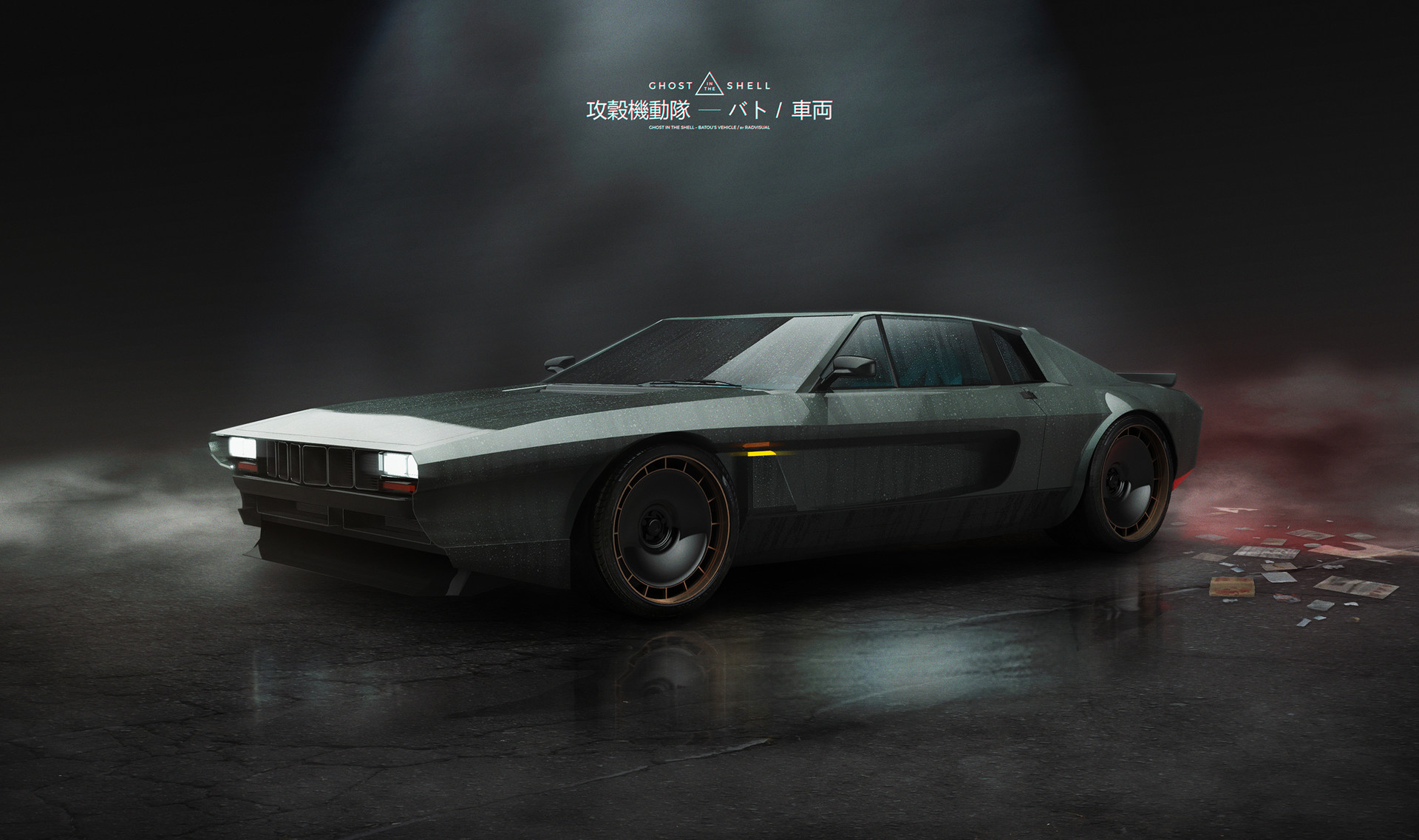 Always did dig the 80's Lotuses.

Transformers: War For Cybertron Netflix Series writer Brandon Easton attended TFcon Los Angeles 2019 to let the fans know about their upcoming series.
We’ve summarized all the info which came our way thanks to Wreckette:
Brandon M. Easton is an award winning professional writer, screenwriter, and educator based in Los Angeles, CA. He is known for his work on the ThunderCats 2011 series, Transformers: Rescue Bots and Agent Carter.
Click to expand...

Count me in. Hot damn.

Most of that sounds awesome. Just not excited about the anime animation style.

I’ve never seen that other show, guess I need to take a peak to see the style.

Sorry, have to completely disagree with you Eddie. It’s the exact style I prefer for my giant robot toons and exactly like Robotech. They are going to nail the detail of the toys perfectly. And honestly, it looks like the original toon’s painted Cybertron backdrops. Now I’m curious of what modern animation technique you wished the used?

I don't know exactly what I'd prefer, but not anime. I've just never been a fan. And not CGI like that TF Prime either. I guess I'd prefer something more traditional like Young Justice.

I'm with PCS on this one. I've had too many "simplified" TF toons for one lifetime, and I much prefer something along the lines of the animation style of Macross or Gundam. As long as the human characters don't have crazy big-eyes, I'm good. The quality of the animation is so much better than the flat version we get.

Don't get me wrong, the Bruce Timm style works great for DC superheroes, and I prefer that style for them. But not for my big battling robots. I would be huge into other anime for the visuals... if the stories weren't so bloody slow, boring, and angst-y. Plot-wise, Robotech could cure insomnia better than reading a dictionary, but it sure is pretty.

It looks fine and all, and I'll watch, but it's not my preference.

Robotech really is near impossible to watch and I was never a fan of the giant humans. Damn shame all those cool robot designs were wasted on crap plots.

I just hope we are not served up a bright style like Voltron.

I always enjoyed the gritty style of Full Metal Panic!

Oh man, give me whatever this style is:

pcsguy88 said:
I just hope we are not served up a bright style like Voltron.
Click to expand...

That's exactly what I am hoping for.