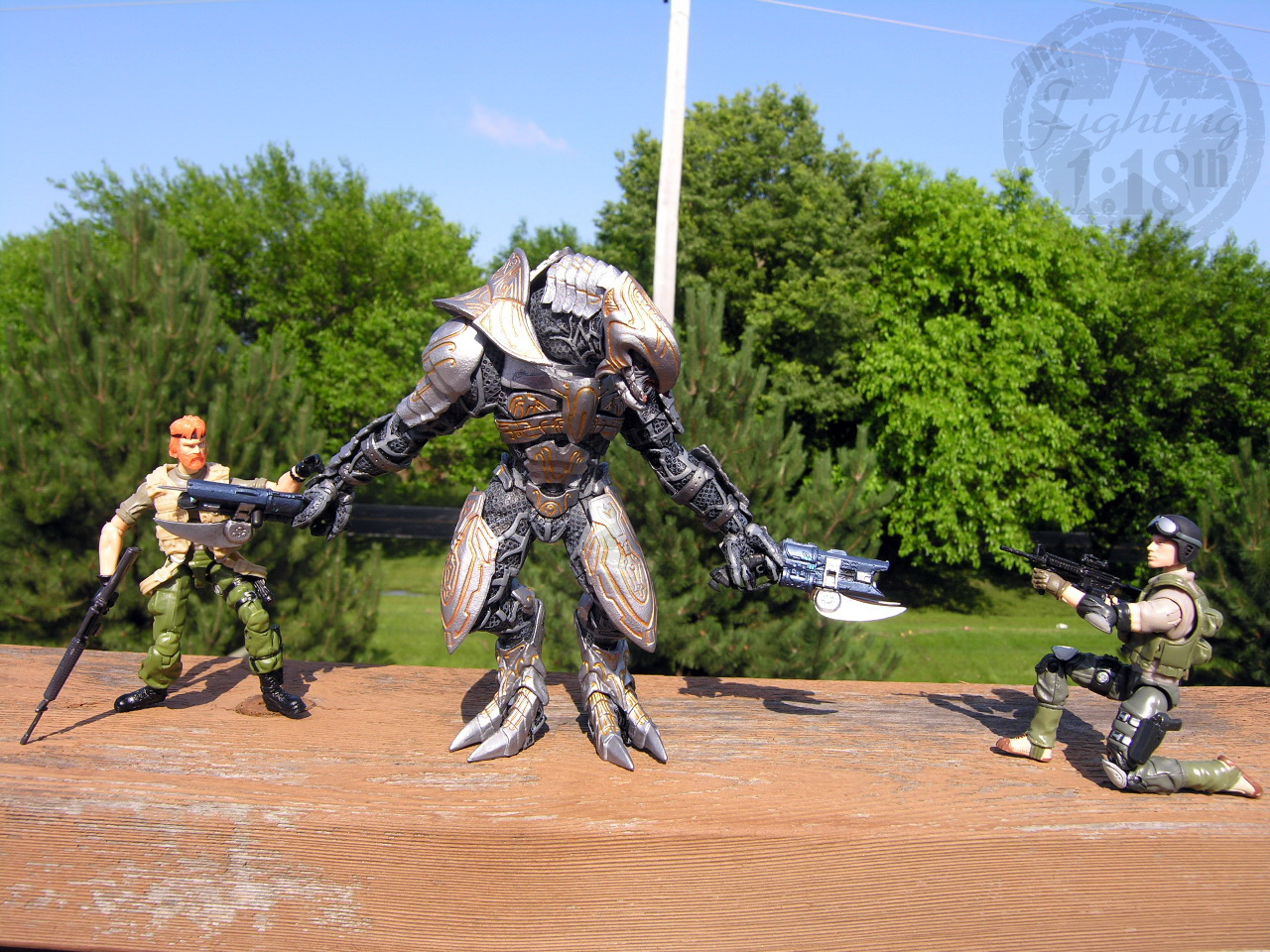 I’m writing a few more Halo figure reviews over the next few weeks to see if and how they can be integrated into our 1:18 collections.

This is review number two, McFarlane’s Arbiter from Series 8.

Read on to see how nasty this mythic Elite is. “Do you enjoy the slaughter?”
—Prophet of Regret
“I feel the joy of doing what I was born to. I have no regrets… save that I will not die fighting.”
—Ripa ‘Moramee

Ripa ‘Moramee was a Sangheili Commander of the Covenant Army during the Harvest Campaign and other Outer Colony campaigns until his demise in 2531. After being punished for leading a coup against his clan leadership and failing on Decided Heart he was given the rank of Arbiter by the Hierarchs, mainly at the urging of the Prophet of Regret. The Arbiter being my first action figure based on the Elite mold, I was immediately blown away by the sculpt.  The figure stands roughly 6” tall, casting an imposing shadow on any human, Spartan or not. His legs are digitigrade (walks on toes) in design, giving the perception that Elites are powerful leapers.  Arms are mainly human in design, ending with 4 thick fingers to grasp weapons with.  Elites have a long neck that tapers into a snake head with quad jaws reminiscent of Predator.

Intricate detail is carved into every surface of this figure and then layered to double the pleasure.  The skin is reptilian in appearance, textured over the entire figure with vein-like straps that must be part of the armor.  The details in his face and mouth are realistic, especially the eyes.  Only the back of the throat, visible since his mouth is molded open, diminishes the realism.  They really should have done something to add depth, but I’m not sure what.

Speaking of the armor, it is fantastic.  The Arbiter’s armor is ceremonial and holds great meaning in the Halo universe and thankfully McFarlane gave it the attention it deserves.  Every piece of the armor is a separate piece glued to the body except the upper chest, upper back and the toes.  These parts are molded as part of the body, but maintain the level of detail of the individual pieces.  The carving on the armor panels is exquisite, enhanced by the silver and gold paint.

This armor would fit right in with the best of our medieval knights.