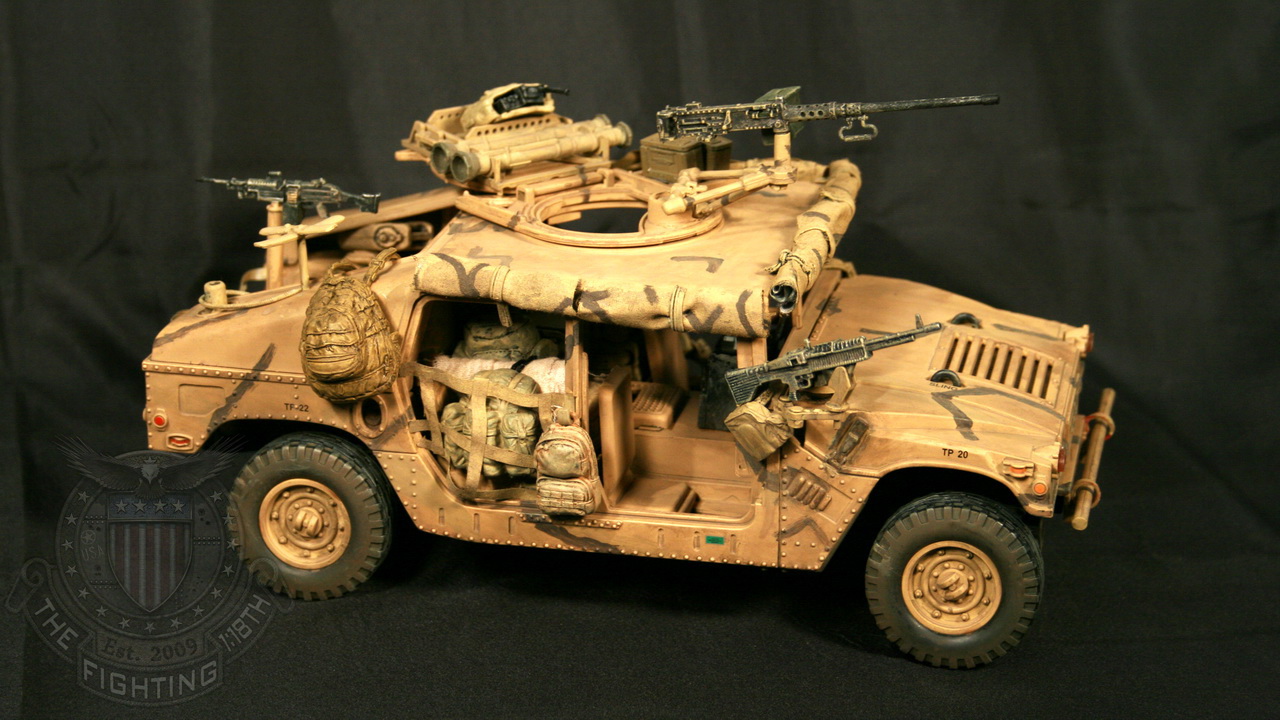 This is a custom HMMWV that I did last year, it was the most involved of the customs that I did at that time, and finally got around to adding it to the website!

I’ve done a bunch of other HMMWV models, and during research I saw a photo of a “spec ops” type HMMWV and knew I wanted to make it, but I knew it’d be a LOT of work, it ended up taking me a little over a week to go from start to finish, which wasn’t too bad I don’t think.

This is my M1025 “Special Operations” HMMWV. It was used in my 9SFG(A) Diorama which is also posted on the site. I was going for a highly modified HMMWV, used somewhere between the invasion of Afghanistan and the invasion of Iraq.

It is based on the 21st Century Toys M1025 “TOW” HMMWV. Here is what it started off looking like, and what my inspiration was.

I did the following modifications:

Here is what I ended up with after all was said and done! 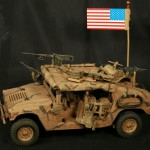 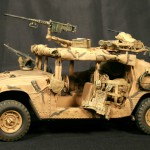 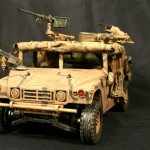 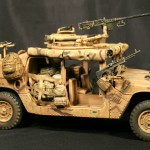 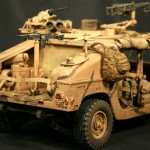 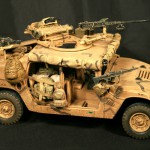 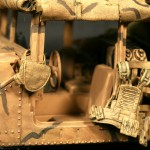 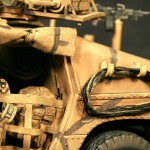 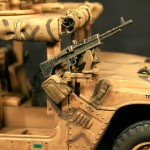 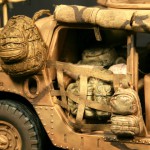 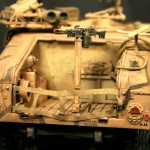 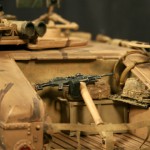 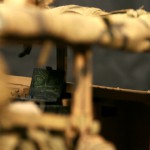 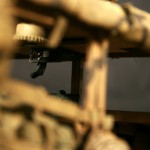 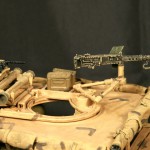 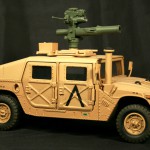 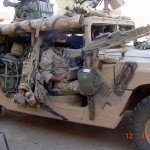