Much like many of the figures, the paint apps are fairly simple and straight-forward. He’s molded in black for the torso, tan on the legs, and flesh for the arms, giving room for minor applications of some camo and some detailing on the face. While I appreciate simple paint, I think Flint might have benefited from a faction symbol or something. Either on a shoulder, on the vest, or even on a beret had they included it. 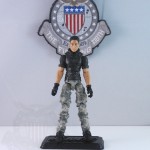 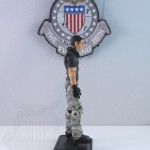 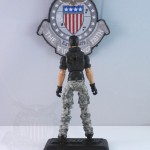 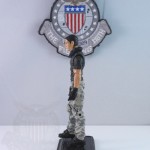 Flint comes pretty loaded down with accessories. He gets the vest, plus an optional parachute harness and parachute, this time in green. Along with those, there’s the helmet that came with Mouse and Duke, cast in black; a knife for the sheath, grenade launcher, combat shotgun, 2 rifles, 2 submachine guns, and a stand, but no beret. So if you want one, better pick up a wave 2 version and take the beret! 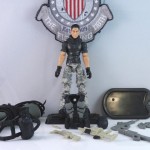