The pilot is what comes with this vehicle.  It consists of a highly articulated figure and a helmet.  The head of the pilot is one with a gas mask and the helmet sits nicely over it.  The material for the figure is different than that of most action figures.  It is more of a rubber similar to the material used with Power Team Elite figure vests.  It is nice for the flexibility.  The hands and neck ball are the softest material of the figure.  Everything else is much more sturdy.  Not to say that those two are not but they do have more flex than other lines with similar articulation.  One of the hands is able to bend while the other does not have that option.  When trying to put a different head on the neck there was flex to it that made me can trying too hard.  It does have rocker ankles and you can twist the legs into yoga like positions.  The legs are on a ball similar to most other toy lines.  The vest is a thin piece of soft rubber material that fits nicely on the figure.  It has a latch to keep it from falling off easily.

My favorite part of the figure is the neck.  It moves up and down to look in different positions.  It is hidden well so that you do not see the moving parts too easily.  My only gripe is the arms.  They do seem to look small on the figure.  The feet have peg holes that are just a slight bit bigger than modern era GI Joe figures.  If you did want to swap heads I would recommend doing a little drilling to fit it on the neck a bit easier.  The head on the pilot has a little bit bigger of a hole compared to modern era GI Joe figures.  Star Wars may fit on there better but I had none to compare.  The figure size is identical to that of other action figure lines so these can be put into different universes fairly easily.  I did try to put a POC Hawk vest on the figure and it would not close but it was very close to doing so.  Slight modifications and it could happen.  It can also hold a weapon better than some lines thanks to the flexibility of the material they used.  I was able to get it in a firing position that was looking down the sights.  I did manage to get a Shock Trooper helmet on the head but it was tight.  Gave it a decent post apocalyptic took though.  There are probably a few different things that could be changed out on the figure without ruining it.

The figure is good in my opinion.  Many more pros than cons. 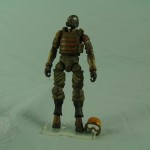 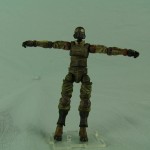 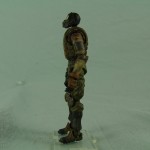 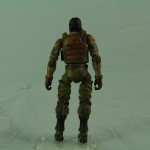 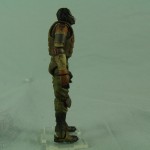 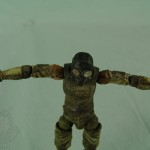 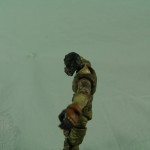 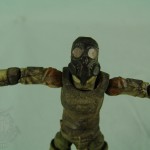 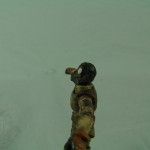 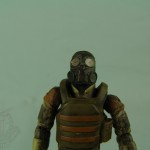 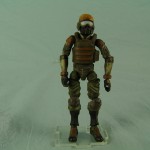 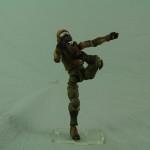 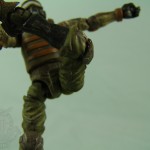 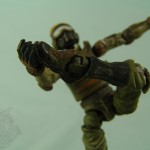 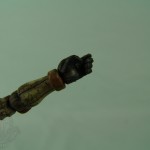 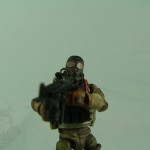 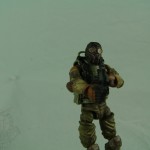 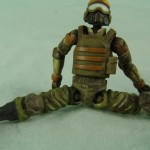 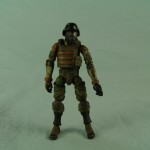 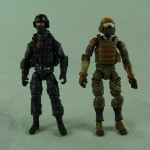 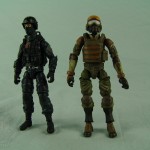 Read the rest of the review Here