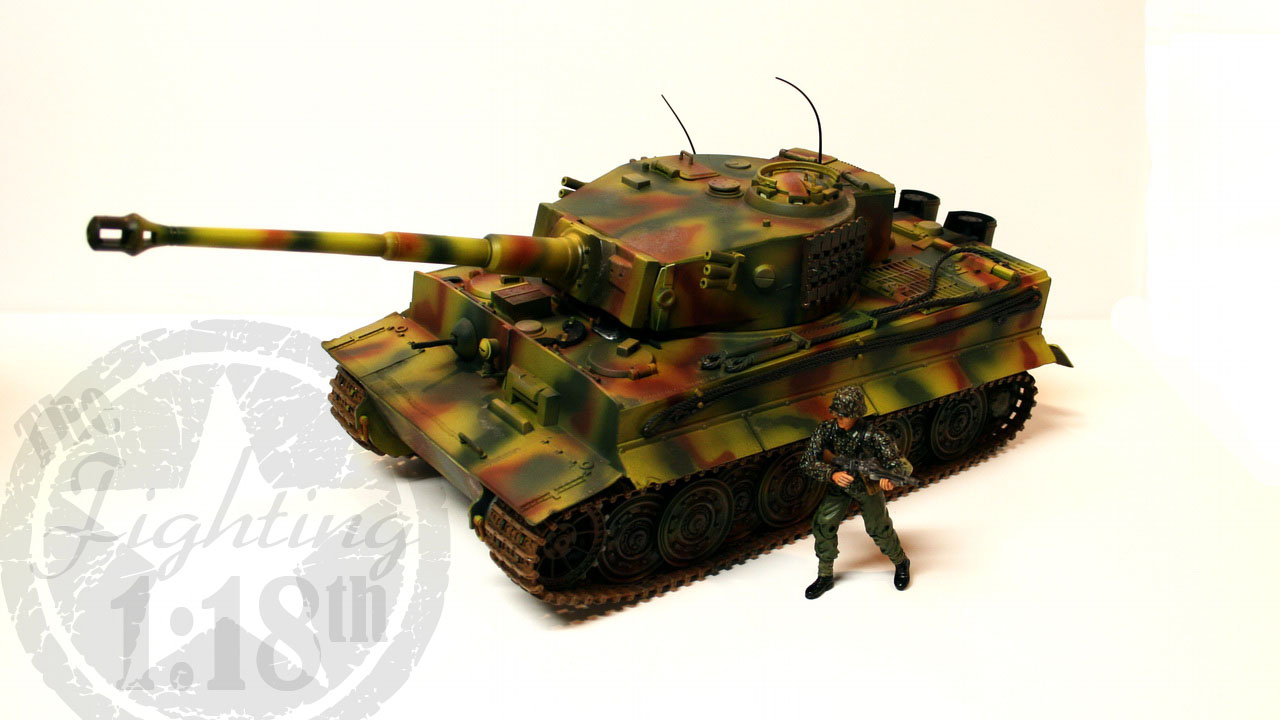 A 1:18 scale Tiger I Heavy Tank review? Didn’t we do that already you might ask. Well, yes and no. We have already reviewed 21st Century Toys “Eastern Front” Tiger I, which you can read Here. This review is for the brand new JS International version of the Tiger I Heavy Tank, though it uses the same base tooling as the previous version.

The 21st Century Toys version was one of the best 1:18 scale tanks released, getting an A- from our review staff. How does JSI’s version stack up? The Tiger I was a German heavy tank used in World War II, produced from late 1942 as an answer to the challenge of facing the unexpectedly formidable Soviet armor encountered in the initial months of Operation Barbarossa. The Tiger I design gave the Wehrmacht its first main battle tank that was capable of using its most formidable piece of ordnance, the 88 mm gun, which had previously showed its convincing effectiveness against both aircraft and other tanks.

The tank was given its nickname Tiger by designer Ferdinand Porsche, and the Roman numeral was added after the later Tiger II entered production. The initial official German designation was Panzerkampfwagen VI Ausführung H (’Panzer VI version H’, abbreviated PzKpfw VI Ausf. H), but the tank was re-designated as PzKpfw VI Ausf. E in March 1943. The tank also had the ordnance inventory designation SdKfz 181. Unlike the 21st Century Toys version of the Tiger I, the JSI Tiger does not come with any identifiable unit markings or decals. In fact there are no markings of any kind, besides paint and weathering, on the JSI Tiger I. Unfortunately this makes “placing” the Tiger in history somewhat of a problematic endeavor. I believe the Tiger’s 3-tone paint scheme is from the late war period, most likely on the eastern front or used during the defense of Germany.

The lack of unit markings or even country markings is somewhat disappointing, as it detracts from the realism aspect. It does, however, allow you to add your own markings if you see fit, which could be a boon to customizers who no longer need to remove the existing markings.