I saw the new Ultron in Target when I was home but passed on him... Probably should've gotten him, huh?

He's definitely harder to find. You probably could have sold the BAF part for enough to get your money back...

Well, I'm still deciding on whether I want to get the other MLs I was talking about (beefing up my Avengers, mostly) but since I got the ARAH vehicle haul back home, I'm holding off on spending anymore money on Legends for now...

Although I do want that brown suit Wolverine...

But if I get more Avengers, some villains would be nice to have. I'm thinking Ultron is a major player, although I haven't really followed him too closely in the comics, as I was never a big Avengers fan. Besides him, I guess Red Skull and Thanos are about my top priorities.

Check WM, most have them on clearance for $11 along with the Man of Steel figs...

Fucking garbage, but I'd be a liar if I said I didn't want that Jean Grey head shrunk down to 1:18.

Well, as crazy as the price seems, even the jacked up price merely puts them on par with MOTUC/DCU figures. And if you factor in tax and shipping, they still beat the cost of 5 matty figures.

Sure, the stuff sold by digital river is "limited" and aimed at collectors, but I would argue that Matty likely has similar unit production costs as hasbro does on a retailer exclusive that likely won't ever see store shelves.

Fucking finally. I heard it had been put on hold to rejigger the actual figure assortment, but that's completely new, no?

God, I hate the BAF concept almost as much as blind packaged figures.
T

Wolverine will sell regardless the part. Storm may be the peg warmer so they put the important parts with her.

Mandingo Rex said:
Fucking finally. I heard it had been put on hold to rejigger the actual figure assortment, but that's completely new, no?

God, I hate the BAF concept almost as much as blind packaged figures.
Click to expand...

I hate the way hasbro has done it, splitting up small figures is just annoying as hell, I did love the original Toybiz waves with Galactus and the Sentinel( even if I'm still missing the right leg) because they were HUGE, these tiny figures are just underwhelming when you complete them.
T

I agree. Simply putting an extra figure in the wave is lame. Creating a beast of a figure made it more worthwhile. I mean, getting a HUGE figure like a Sentinel just by buying normal figures is a plus. Getting Jubilee is like a kick in the groin when told a woman will touch you.

Ewokhunter92 said:
Wolverine will sell regardless the part. Storm may be the peg warmer so they put the important parts with her.
Click to expand...

Remember when Wolverine there would have come with a large dio base and cost less than ten dollars?

Vindicare86 said:
I hate the way hasbro has done it, splitting up small figures is just annoying as hell, I did love the original Toybiz waves with Galactus and the Sentinel( even if I'm still missing the right leg) because they were HUGE, these tiny figures are just underwhelming when you complete them.
Click to expand...

I have half a Sentinel in pieces, then 2 complete ones that I bought off eBay. I have a leg, but I think it's the left one (his left, our right if you're facing him). Pretty sure it came with a carded Angel, and then I got Sinister off eBay loose, without the Sentinel part. (This was like 5-6 years back, so it's a little hazy now.)


Ewokhunter92 said:
I agree. Simply putting an extra figure in the wave is lame. Creating a beast of a figure made it more worthwhile. I mean, getting a HUGE figure like a Sentinel just by buying normal figures is a plus. Getting Jubilee is like a kick in the groin when told a woman will touch you.
Click to expand...

That Sentinel was badass, as were most of the large ones. I think the lamest so far was Rocket Raccoon.


K-Tiger said:
Remember when Wolverine there would have come with a large dio base and cost less than ten dollars?
Click to expand...

Those dio pieces were pretty spectacular, especially the Sentinel bases for the X-characters. Even though they don't exactly match the BAF one, they still look cool.

So since my last posting, I acquired Jubilee through a trade here so I pretty much finished up my Jim Lee X-Men apart from a better Wolverine, and just scored the new Hawkeye off Amazon for not too bad, and the latest Scarlet Witch from the same wave as Hawkeye. I guess my dumbass is going to build up my Avengers team now, using a mix of the movie and comic versions (whichever versions I prefer).

I have the classic Thor already, but this is a pretty awesome one (from the same Avengers wave as the new Hawkeye and SW):

I'm also eyeing this one:

to replace this one that is my current "default" Hulk:

But that damn Avengers movie Hulk is crazy 'spensive because it was a damn Walmart Exclusive. There are Chinese listings of him for $20 or so, so I'll probably buckle and get that one since I don't like the A2 Hulk that's coming out with his branded pants and glossy finish. He just doesn't look right, but the Avengers one is pretty awesome. I also want the IM2 War Machine, but he's at least $50+, and not direct from China dumpster-divers.

I'll eventually get an Ant Man and Wasp, a Vision, Black Widow, and not sure who else... I'm not a huge Avengers fan, but aside from the X-Men they're pretty much the only "teams" I give a shit about.

Think I can help you MR. Sent you a PM.

Yeah, Nacho, I think I still want that IM2 WM because he's a lot beefier than the A2 version, but I hadn't seen all these yet:

That new A2 Iron Man will be my default IM (love the Tony-open-mask alt head), and I will be getting that Vision as well. Antman looks pretty sweet, too. May get that Daredevil, too, and will probably get that Thanos. That Hulkbuster is pretty damn impressive! He looks a lot more like a brick in most pics, but apparently he's really articulated.

If I had more Spiderman figures, I'd consider that Rhino, but so far I only have a few Spidey figs. Not really concerned with building up that part of the Marvel Universe...
Last edited: Feb 19, 2015

Had to look that up. Not bad, not bad.

Anyone seen the throwback wave? Man, I was tempted by the Wolverine one.

No. Got a link or the name of the line?

They're just ML repaints on "vintage" 90's Toy Biz cardbacks. They're cool, but I can't imagine collecting them for the packaging like I've done with SW in the past.

I haven't seen them in person yet, but I want Punisher, Wolvie, and Black Widow. I don't need any of them, as I have WG Punisher x3, 2x Juggy Wolverine, and I don't really care about BW as a character... but I like the slightly different paint jobs, especially the noggins.
Last edited: Oct 29, 2017

Those are pretty cool, but yeah, no need for me to order. In person though, I might crack.

G.I.*EDDIE said:
Those are pretty cool, but yeah, no need for me to order. In person though, I might crack.
Click to expand...

That's where I'm at. I'm nostalgic for a Wolverine figure, but there are no "good" options. I'm pretty meh about ML figures, and the Revoltech one is too stylized for my tastes. I guess I'll continue to wait for someone to turn out a killer brown and gold Wolvie.

This vintage wave version, which is just a slight recolor of the Juggernaut wave Wolvie is a pretty solid figure, easily the best of the dozen or so 6" wolverines I own, hands down. The vintage is just a slightly lighter brown, and it has the extra unmasked head.

Just out of curiosity, what do you find lacking with the latest ML version(s)?

They are planning a blue/yellow Byrne/Lee deco of this same mold next year. I prefer the Silvestri-era brown personally, but the blue looks like a great figure too.

I think it's the claws and the paint being glossy. I suppose I could hit it with a matte clear coat.

I guess what I want is ML (or better) articulation with NECA's paint finish. Something I think Revoltech did get right is alternate hands and faces. Hasbro went with the turned down mask, but gypped us on Juggernaut wave's clawless hands.
Last edited: Oct 31, 2017

Found all the vintage figures today at WM and TRU. Picked up Punisher, Widow, and Wolvie. I don't need any more IM, Cap, or Spidey's. Very cool for repaints.

Wolvie and the Widow are on my wish list too ...
But I don't think it'll ever hit our shelves here


So yeah, they've got a new Weapon X Logan coming out in a bit, but that fucker is too swole. Any "naked" ML bucks with a more slender build? Something I could swap the Weapon X-y bits onto?

Is there a Namor? 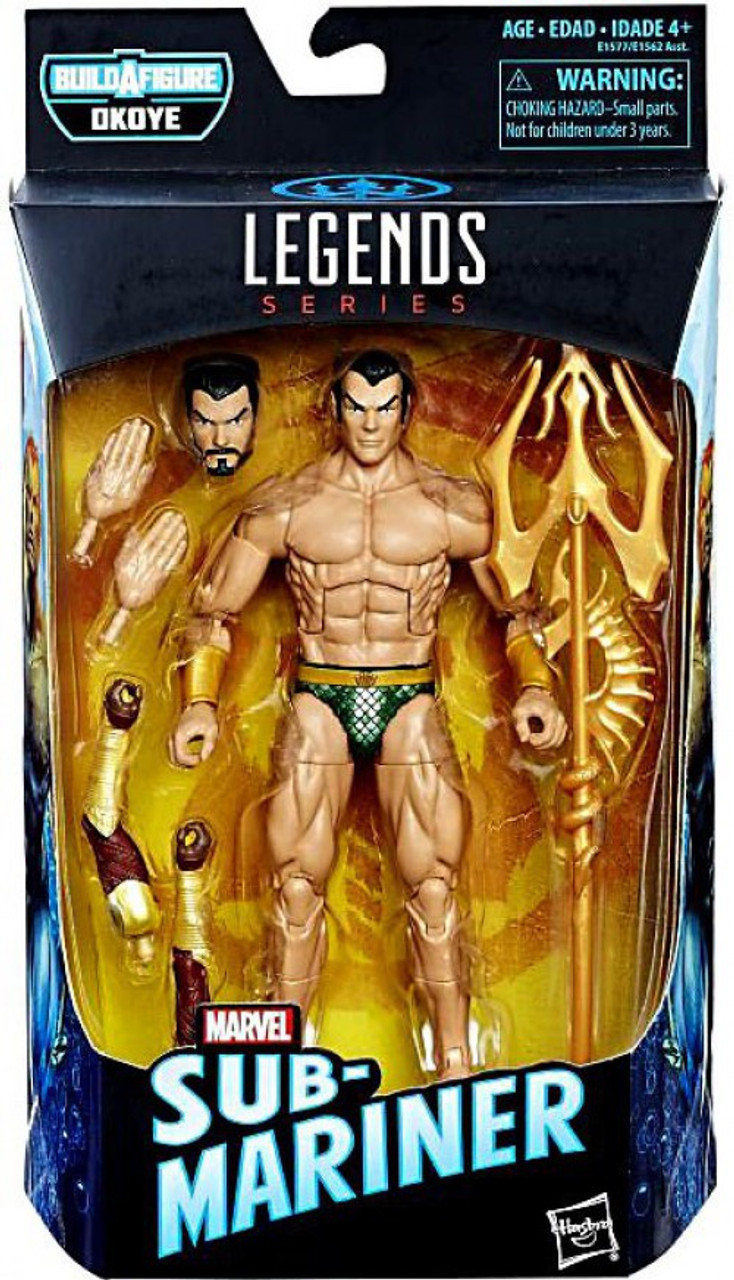 Yeah, I was thinking a Gold/Silver Age Namor might work, but he's looking kind of jacked, too. Man, Toy Biz got the build right in '92. WTF, Hasbro?

I have about a dozen of those that I bought on clearance for customs.

There is a shirtless ironfist that's on a slender Spider-Man buck, but he does have pants.

Also note, the Logan figures are substantially shorter than most ML (as they should be) so making a Weapon X out of something else might not look quite right. For example, a lot of people have been using leather-jacket Wolverine arms with Jim Lee cyclops to make a jacketed 90's Cyclops... but every one I've seen just looks like t-rex arms. Wolvie parts just don't mix well with other MLs generally. 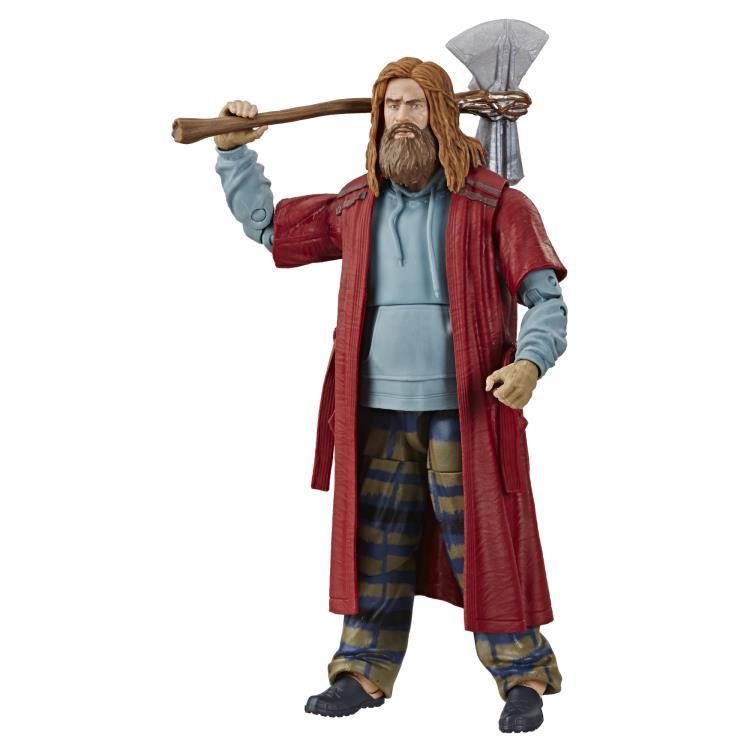