I hope this happens.

The eggs with the mythical creatures have a lot more parts than a basic $5 minifig, so it only makes sense that Mega is including extra parts with the xeno to build a part of the queen.

For anyone that hasn't taken the plunge yet, Grayskull is down to $155 on Amazon.

My daughter bought one of the Game of Thrones dragon eggs (I didn't know these were a thing) and the baby dragon is most impressive. The wings are that high quality soft rubber. 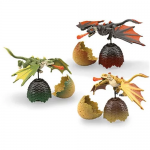 Also, the Alien eggs come with two xenos and two facehuggers. There is no Queen BAF. 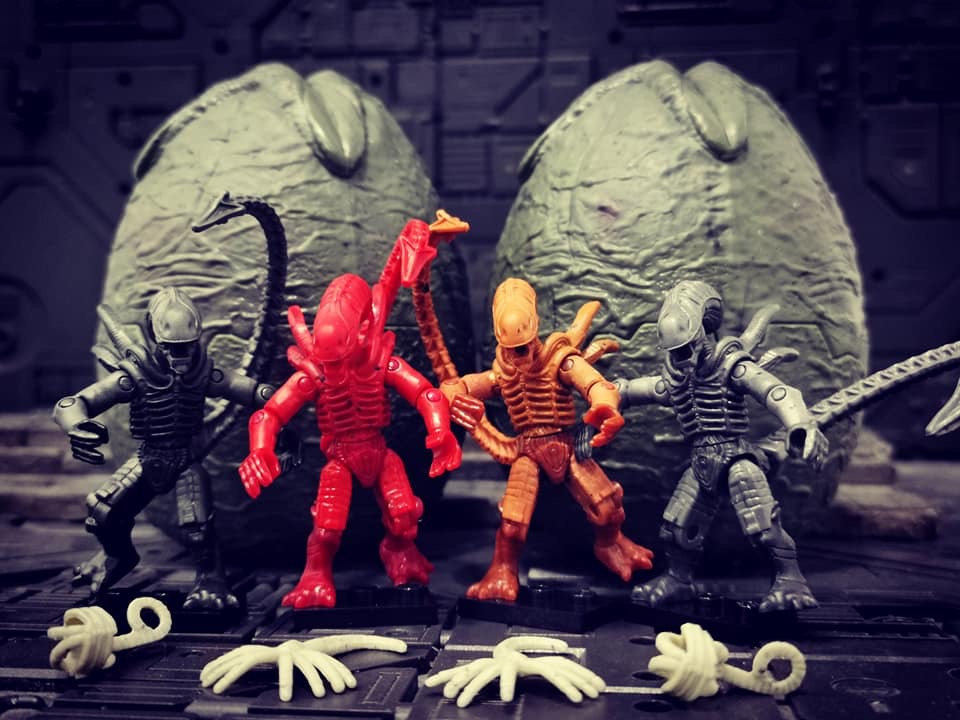 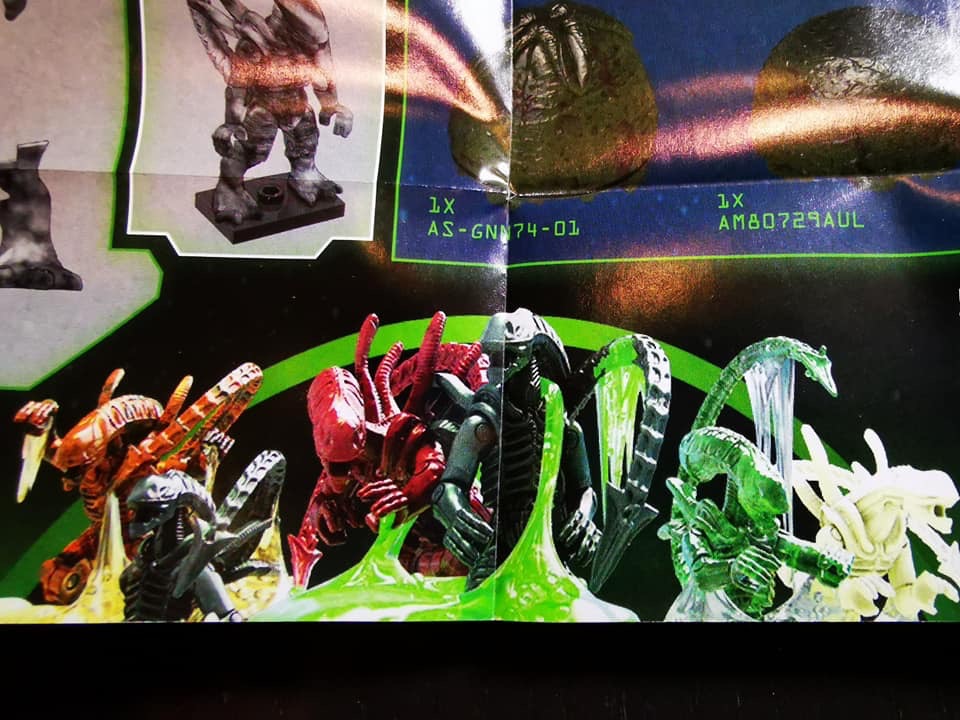 So they were blotting out one of the xeno's? Odd.

I saw somewhere on Fb that the MC pro-builder sets were being seen at Tuesday Morning, a train and a Viking ship.

For those curious what a $10 egg gets you. The paint and materials are very much like a Schleich figure. 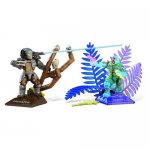 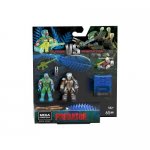 nacho where is it you get all the not Lego but actually Lego sets? My kid is now a Lego freak and they're damn spensive.

NSA said:
nacho where is it you get all the not Lego but actually Lego sets? My kid is now a Lego freak and they're damn spensive.
Click to expand...

They all came from aliexpress. There are several different brands (Lepin being primary among them), but I can't tell the difference between any of them, never had any real duds. Most are 50-75% off the MSRP lego price. They aren't perfect, but for the price, you can tolerate a few minor niggles. Every once in a while they'll put in a handful of light gray bricks that should be dark gray, or some such nonsense, but it's beyond minor. A few of the older sets didn't have numbered bags, so you'd have to sort, but they've gotten better at that in the last year or so. And it usually takes 3-4 weeks to get them (during normal times). But again, if you're saving $300 off a $400 set, it's pretty easy to give them a little slack.

We've built probably 8-10 of the citiview series that are 2-5k pieces, and they're great. Son also built Death Star, Star Destroyer, Ewok Village, several of the 3-4k-piece ninjago city sets. They even have some nifty original designs like a 3-story Barnes & Noble, a big shopping mall, and a Dinosaur Museum. My favorite is a "little" 1500pc McDonalds restaurant. We probably have 75 thousand chyner legos in our house.

I have a couple of sets left in storage, and we're rationing them. The boy would build a 4k set in a single day and be asking for more. He's insatiable for bricks.

Dang.. Thanks. Gonna have to look into that. The legit sets get damn expensive!

I had to quit Lego beyond the occasional astromech because of the prices. The averaged $.10 per brick when I started and the once Disney released Force Awakens, a horrific tax was placed upon the SW license. I just bought the D0 droid a few weeks ago and he consists of 500 very tiny bricks for a whopping $79.99. It’s retarded. Being a kid and getting a $20 set with your bday money gets you nothing.

Megaconstrux on almost instant 50% sales at Amazon is the only way to roll if you want real bricks.
Reactions: NSA

NSA said:
Dang.. Thanks. Gonna have to look into that. The legit sets get damn expensive!
Click to expand...

Just placed another order to try and keep the kids entertained some this summer. If you take 10-cents per piece as the norm for lego (it's often higher for licensed properties), Lepin/Xingbao/etc start looking pretty damn attractive. Xingbao has some awesome military sets for dad too

pro tip: pay a few dollars extra for an above average seller. You have to lower your ratings expectations from ebay, as the vast majority of aliexpress sellers have a sub 96% rating. I stick to 97%+, preferably 98+ if at all possible. You'll get your stuff faster and be less likely to have to file any disputes. I've only had to initiate a dispute twice out of dozens of orders, and they were both resolved in my favor, but it's irritating. I also have better luck ordering multiple sets from the same store, as many sellers seem to give bigger orders some degree of priority.

Do you have any Chiner sellers you like more than another? Or just go for the best at a time?

NSA said:
Do you have any Chiner sellers you like more than another? Or just go for the best at a time?
Click to expand...

I have several I've ordered from more than once, but like ebay sellers, they come and go. Many of the ones I ordered from two years ago no longer exist. My process goes something like this: find something you like, search on the set number, sort by how many of that set each seller has sold, and amongst the top-dozen sellers of that set, identify which have acceptable ratings. Then amongst that sub-group, who has any other sets I might want.

These are two that I've successfully bought Xingbao military sets from:

Shopping for Cheap Tanks at LE Toy Store and more from on Aliexpress.com ,the Leading Trading Marketplace from China

Here's one with some Lepin city/architechtural & SW stuff that I've successfully ordered from mutable times:

But no doubt there are hundreds of brick sellers, and I'm sure there are plenty of good ones (and a few duds).

Do you get it in a faux box? Or just bags of parts? Do they fake instruction manuals?

Will definitely be looking into it.. it's strange on there seeing some things that aren't any cheaper (JoyToy looks to be the same). Crazy how much that means Lego is marking things up.

Almost all sets do not come with any retail box (a few offer the option to pay extra for a fake retail box - one that would certainly be crushed in transit). Typically it's just a cardboard shipping box containing a very heavy plastic sack full of small bags of bricks. Almost all come with bootleg instructions sporting Lepin logos. A scant few will charge extra for a book, but that's rare. Star Wars becomes "Star Plan" in the logo font. Some of the other chinglish logos and such are pretty funny. But it's all functional.

All sets that are Lego bootlegs come with the expected figures, but almost all of the listings photoshop the people out for some reason. I'm sure it has something to do with skirting whatever already lax IP infringement rules they have there.

The minifigs themselves are ok. Some of them feel a little light/cheap (while the bricks themselves seem indistinguishable), or their colors are ever-so-slightly off, but any differences are very minor. I know when we bought the Simpson's Kwik-E-Mart, some of the people were a slightly different shade of yellow than the Lego blind bags simpsons characters we already owned. No one in my house has lost sleep over it.

Overall, the minor variances and niggles are more than outweighed by the fact that we would never own any of the sets at all for full Lego retail.
Reactions: NSA

Damn you... I got to looking at all the listings from the sellers I posted and bought another hundred worth...

nacho said:
Damn you... I got to looking at all the listings from the sellers I posted and bought another hundred worth...
Click to expand...

I love that Predator/Thermal Dutch set....but I have to get the regular versions of them first. So I'll ask again, has anyone seen them in stores and care to pick them up for me? I have seen nothing here and they have been out for several months.

Dropshipbob said:
I love that Predator/Thermal Dutch set....but I have to get the regular versions of them first. So I'll ask again, has anyone seen them in stores and care to pick them up for me? I have seen nothing here and they have been out for several months.
Click to expand...

I am pretty sure they have been in the local walmart - I can look next time I stop in...

I think Nacho saw them, but my Walmart still only has individual Heros boxes like MOTU, Halo and COD. Have not seen a mixed box in a year.

I saw the regular version pre-pandemic on mutable occasions. However, I haven't been in a toy isle in more than two months. No idea if/when the 2-pack comes out.

2 pack is in July and easily preordered for $10.

I don't care about either figure from the 2-pack, but I would like some of those loose skulls...

I snagged a Dutch for you...no aliens to be found. Were 3 or 4 Dutch left.

Awesome Slay, pm replied. Why is it these things seem to be all over Walmart, but none of mine have them?

Dropshipbob said:
Awesome Slay, pm replied. Why is it these things seem to be all over Walmart, but none of mine have them?
Click to expand...

Same with me. Hope I can find the new MOTU stuff when it releases.

Dollar General seems to be keeping the stuff in stock, but only the HALO and COD stuff.

Dutch received from Slaymaker, thanks man! I was happy to see that the torch he's pictured with on the card and elsewhere is actually an accessory that comes with him.
Reactions: Slaymaker and pcsguy88

I'm still looking for two more Predators, which I've heard are now being clearenced at Walmart...but of course none of mine have had ANY. I'm also asking for help in getting the Alien Queen. This seems to be going out only to a few stores and is getting picked up quickly. You can't order it direct from WM nor get it shipped from one to another. Please, if any of you see one, help me out? I just want one.

Found the S.2 xenomorph eggs today. They clearanced out all the other Mega product, though.

My wife picked this up for me on Amazon as an anniversary gift. It's one of those third party LEGO creations from a group called "MyBuild". There is a cock-pit for a mini figure though no mini figure is included. Went together pretty easily, no big problems. The bricks being LEGO KO's make for one or two weak attachment points, and I think I was missing only one part. 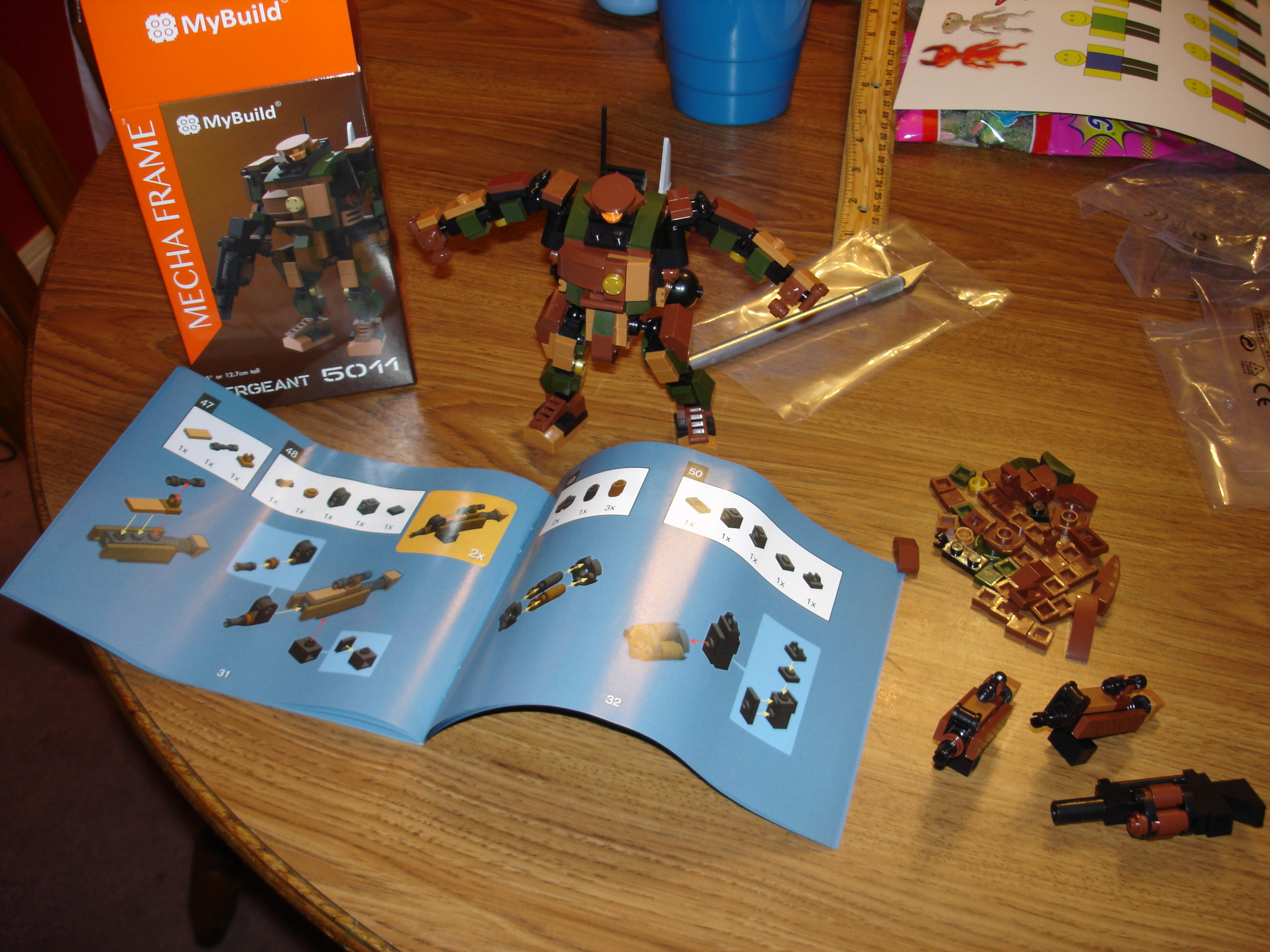 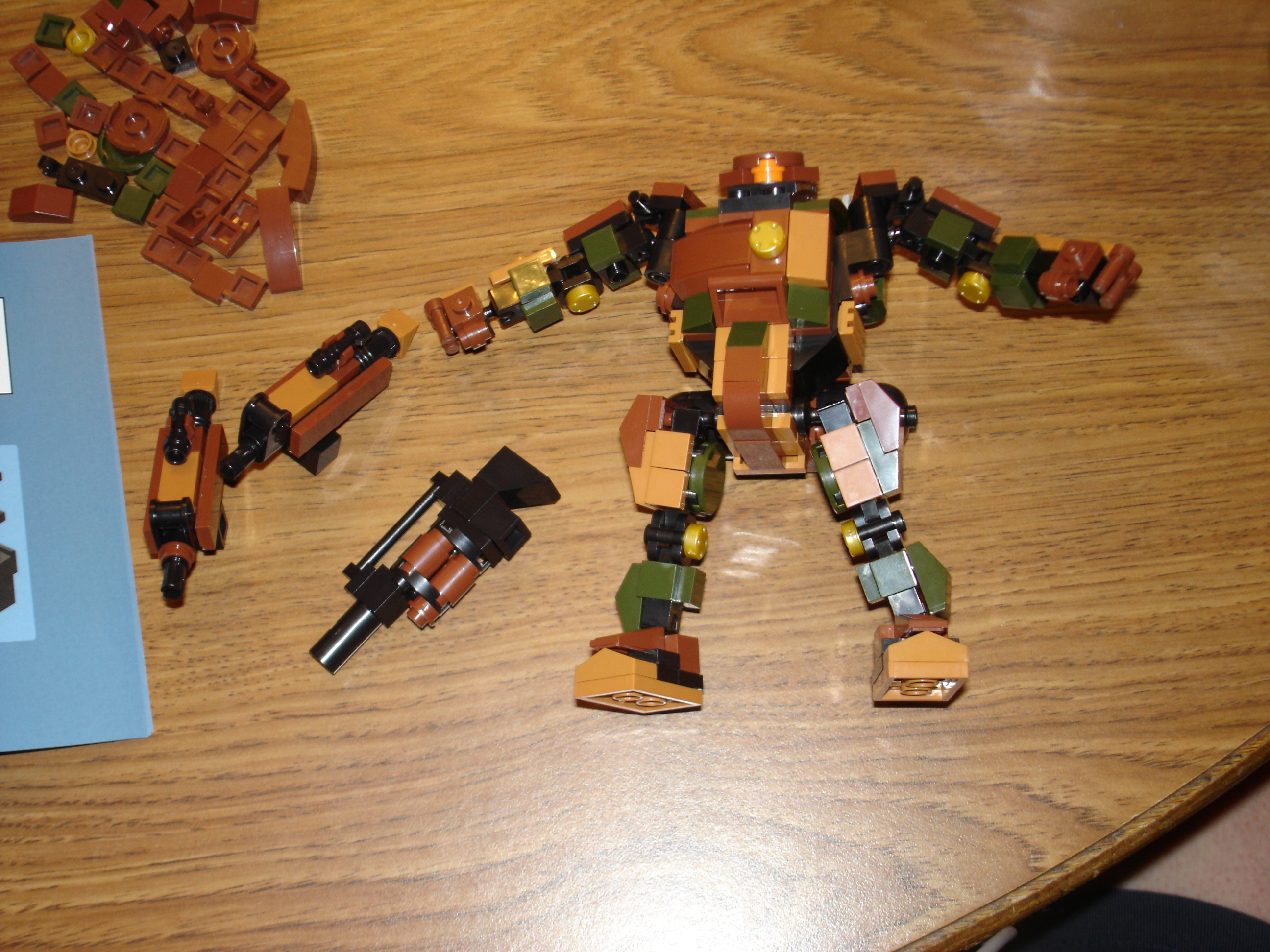 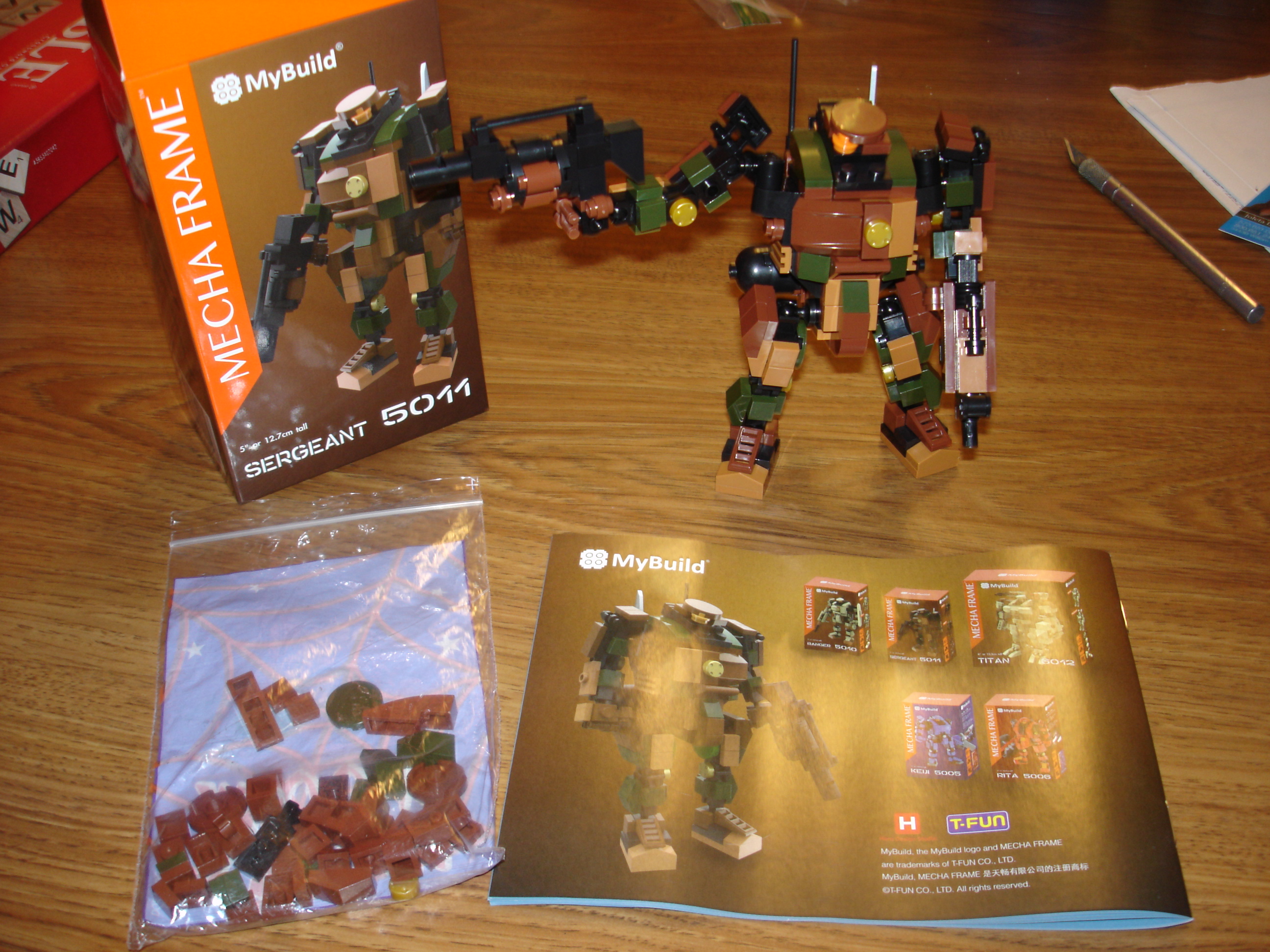 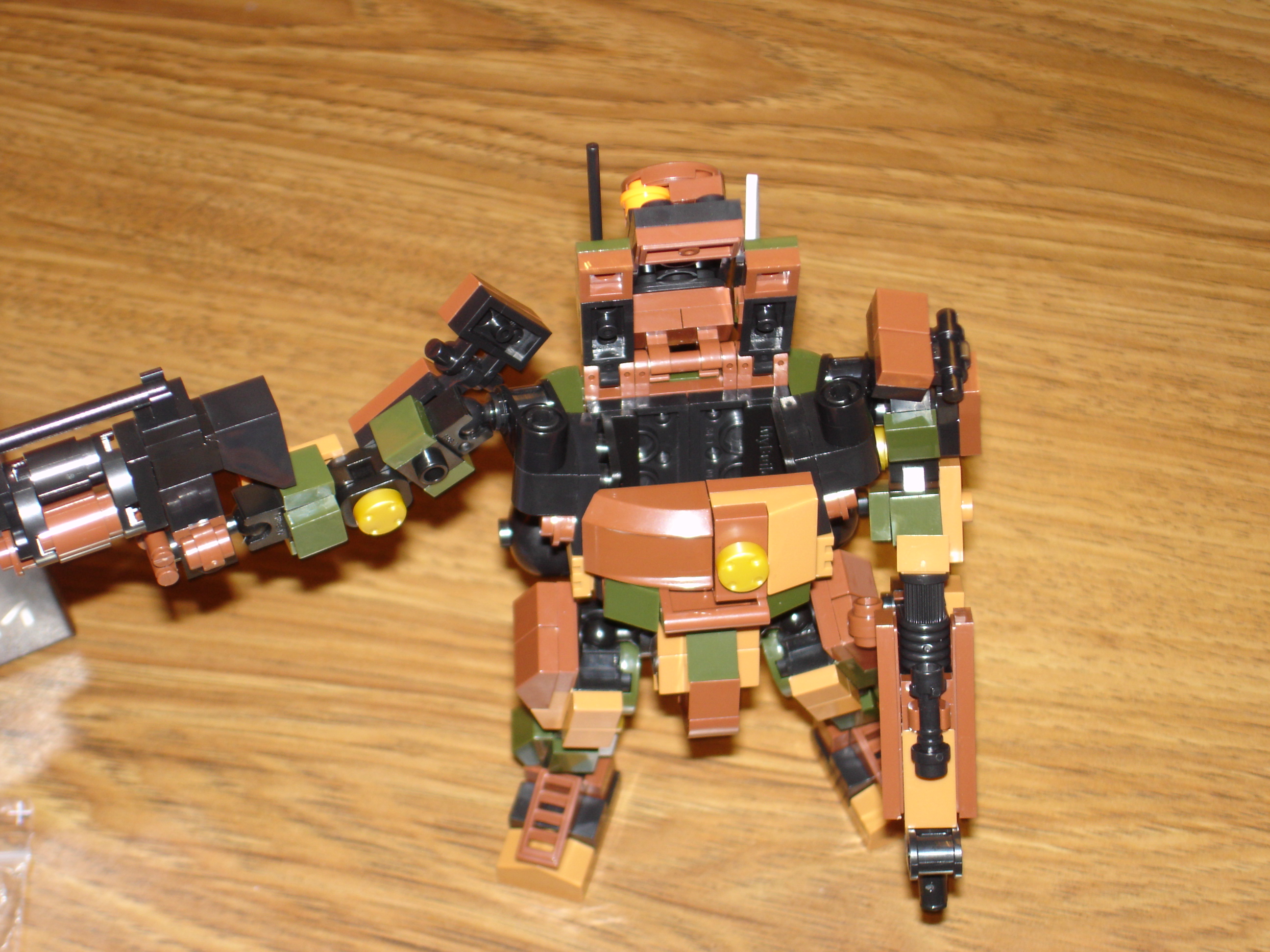 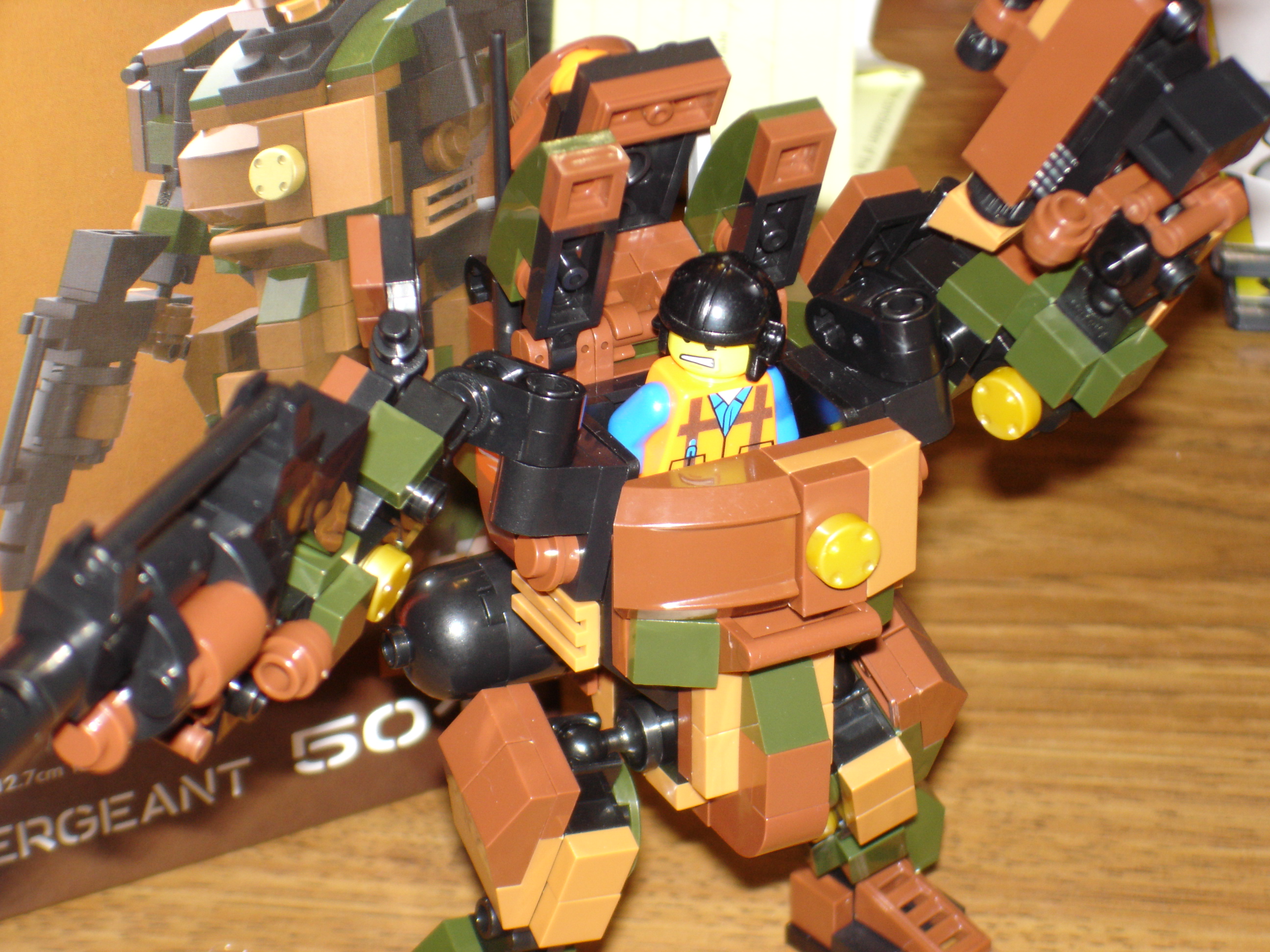